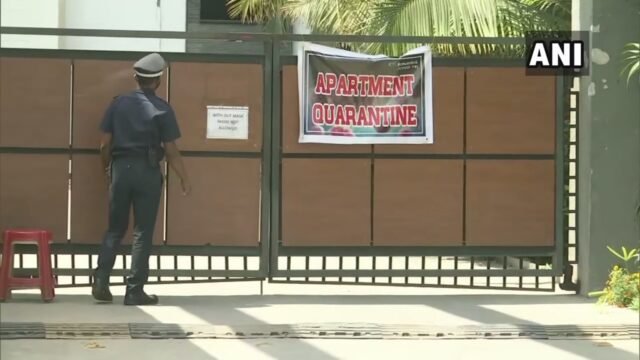 The super-spreader SNN Lake View apartment in Bengaluru continues to make news as the total number of Covid-positive cases has risen to 106 with 3 more confirmed infections. Meanwhile, one of the people infected with the virus has been admitted to a hospital while the others are in home isolation.

BBMP Commissioner N Manjunatha Prasad confirmed the 3 new cases. Speaking to TheBengaluruLive, he said restrictions have been put in place and the apartment has also been put under quarantine.

Till Tuesday, the apartment on Bannerghatta Road had reported 103 positive cases, of which 96 people were above the age of 60 years.

The spike in infections in the apartment forced BBMP to undertake testing of the residents. On February 13, around 44 tests were conducted, of which 29 positive cases were reported.

BBMP continued the RT-PCR tests on 513 residents on February 14, which threw up 56 fresh positive cases. By the night of February 15, the infected count had risen to 90 and by February 16 it was 103.

As per the officials, two functions associated with a marriage were organised in flat H404, which was attended by 25-30 families. Two members of a family belonging to SNN Builders were reportedly the first couple to test positive, while the others are said to be their contacts who attended the functions.