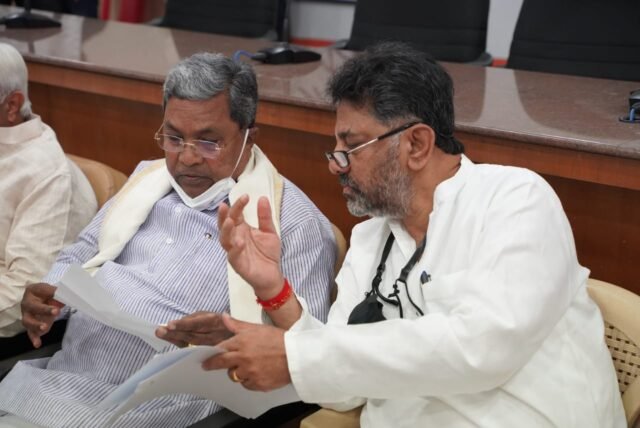 Leader of the Opposition in the Karnataka assembly Siddaramaiah and state Congress President D K Shivakumar will arrive at the Vidhana Soudha in bullock carts on Monday, to attend the monsoon session of the state legislature, in protest against the price rise.

The 10-day long session will be held from September 13 to 24, at Vidhana Soudha, the seat of state legislature and secretariat here.

As part of the protest, organized by the Karnataka Pradesh Congress Committee against price rise and “anti-people” policies of the state and central governments, Siddaramaiah will leave for the Vidhana Soudha in a bullock cart at 9 am on Monday, his office said in a statement.

Shivakumar too will leave for the Vidhana Soudha in a bullock cart from his residence, a statement from KPCC said.

The Congress, which recently held its legislature party meeting, chaired by its leader Siddaramaiah, to discuss the party’s strategy during the session, has said it will raise the issues of price rise, deteriorating law and order situation and distressing financial position of the state, among others.

This is the first session of the Karnataka legislature after Basavaraj Bommai took charge as the Chief Minister and his new cabinet assumed office, following the exit of state BJP strong man BS Yediyurappa. PTI