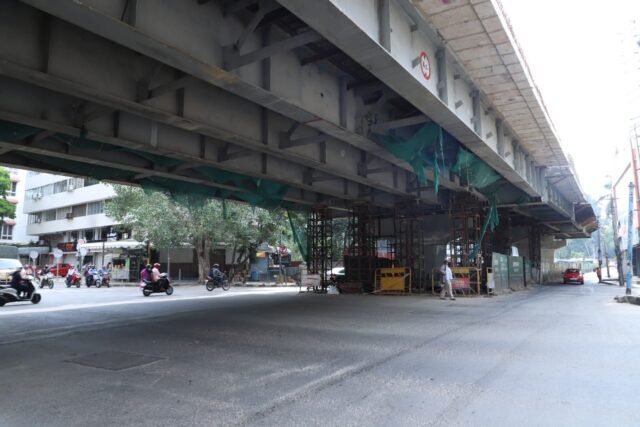 The legal issue blocking completion of the 493-metre-long steel flyover at Shivananda Circle has been resolved and, as per BBMP Commissioner N Manjunatha Prasad, the work should be completed by April 2021.

Local residents had taken the matter to court, but the project was back on stream after the High Court gave its nod in January this year.

The stretch near the Karnataka Film Chamber of Commerce is yet to be taken up as several trees will have to be pruned.

The BBMP Commissioner said he would ask the traffic police to reroute traffic to ease the construction work.