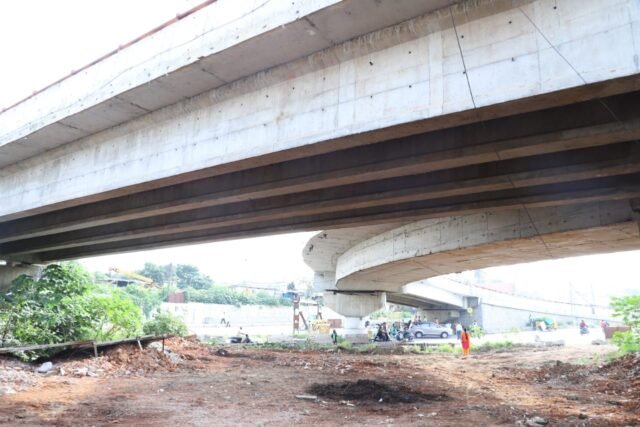 The five-year-long work on the Okalipuram eight-lane signal-free corridor is still not nearing completion, with the delay mostly on account of box construction work under the railway line.

On Monday, BBMP Administrator Gaurav Gupta and Commissioner N Manjunatha Prasad inspected the site and were informed by Railway engineers that an 11-metre-wide box had to be installed beneath the railway tracks leading towards Tumkur. The engineers said the work should be over by December.

The BBMP Commissioner called for better coordination between the various agencies involved, and said the twin box construction under the railway line going to Chennai should be completed soon. The BBMP Administrator Gaurav Gupta said shifting of power lines and other utilities  should be expedited.

Work on the Okalipuram corridor commenced in July 2015 and was originally scheduled for completion in 18 months.

50 Tips and Insights About Productivity, Happiness, and Life

Karnataka Auqaf board clarifies amid row over morning-azan circular