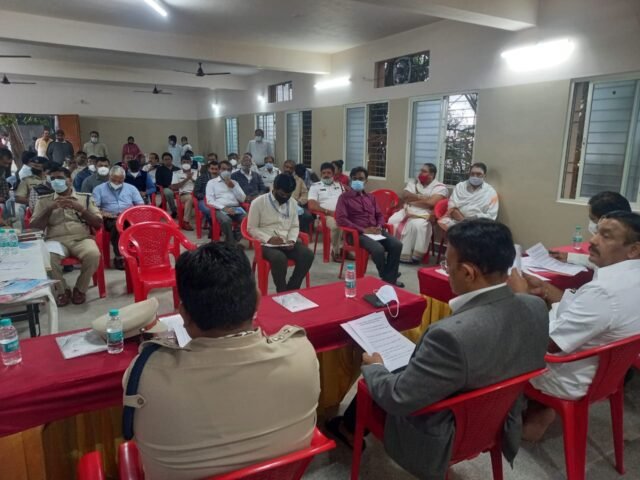 In advance of the popular Kadlekai Parishe (groundnut festival) in the city which falls on the last Monday of Karthika Masa (November 29), BBMP Chief Commissioner Gaurav Gupta instructed all civic officials concerned to take make all the necessary preparations at a preparatory meeting on Friday.

Considered one of the state’s cultural events, the Kadalekai Parishe on November 29 will take place in the same traditional manner. Since thousands are likely to visit the fair, the police as well as 700 BBMP staff will be deployed to ensure that no untoward incident takes place, Gupta said.

MLA Ravi Subramanya and other officials participated in the meeting.