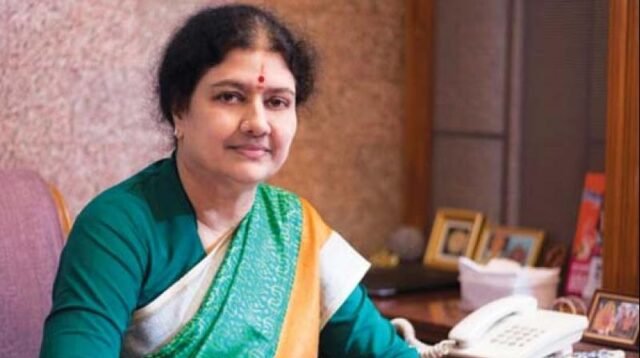 According to the doctor, her COVID test reports have come out negative. The former Tamil Nadu Chief Minister J Jayalalithaa’s close aide, who is serving her jail term at the Parappana Agrahara Prison here, had complained of fever and breathlessness on Wednesday, a week before her release.

She was shifted from the prison and admitted to the Bowring and Lady Curzon Medical College and Research Institute, also known as Bowring Hospital. Sasikala’s oxygen saturation level was 80 (against the normal of 95 and above) on Wednesday evening when she was admitted to the hospital.

“She had breathlessness. Before that she had a fever. Accordingly we gave her treatment. Now her oxygen saturation level is normal, which is 96. Her condition is stable now,” Kumar told reporters.

According to him, she took a stroll in the morning. The doctor said she has been sent to the Victoria Hospital for the CT Scan and once the tests are done, she will be brought back to the Bowring Hospital. Prior to it, she had undergone Rapid Antigen and RT-PCR tests which showed her COVID-19 reports negative, Kumar said.

Sasikala, lodged at the Parappana Agrahara Prison here, was sentenced to four years imprisonment in February 2017 in the Rs 66 crore disproportionate assets case. Her illness comes at a time when she is just six days away to walk free from the prison on January 27. PTI

Six arrested for selling Remdesivir in black in Bengaluru