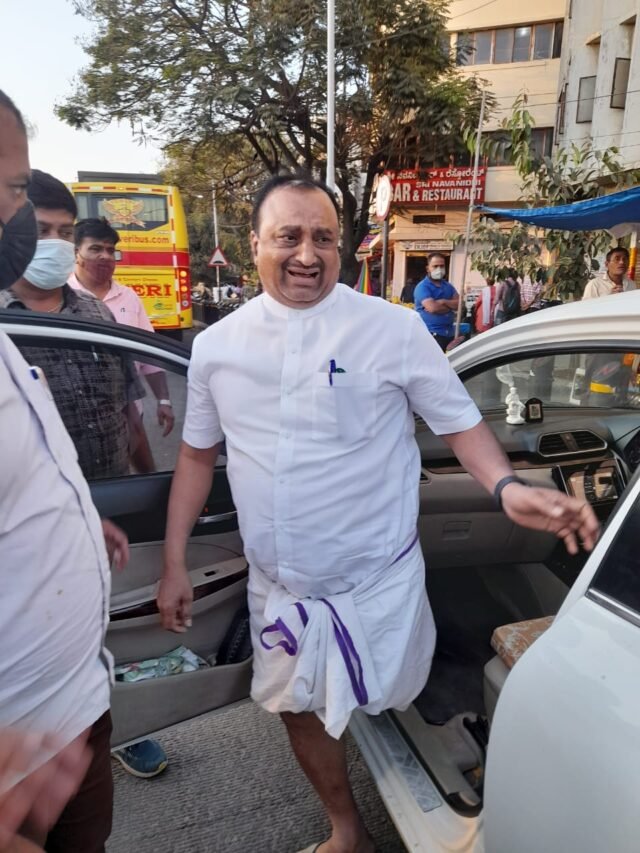 Barely a month after he was caught accepting a bribe of Rs 20 lakh for issuance of an occupancy certificate, BBMP’s Bommanahalli zone Town Planning Department’s Assistant Director SN Devendrappa’s house was raided by Anti-Corruption Bureau Sleuths on Tuesday morning.

Devendrappa was caught red-handed with the Rs 20-lakh bribe on February 5.

The ACB conducted raids at two locations, including the house of one of his close associates, Srinivas Murthy, in Gupta Layout near Ulsoor.

“Earlier, we had arrested him for accepting a bribe of Rs 20 lakh, but now we have booked a case against Devendrappa for disproportionate assets. The raids are ongoing,” said an officer who is closely monitoring the situation.

Apart from searching Devendrappa’s house in Amritanagar, C Sector, the ACB sleuths are tracing other locations associated with him, an official said.

CM to flag off work on Kempegowda statue