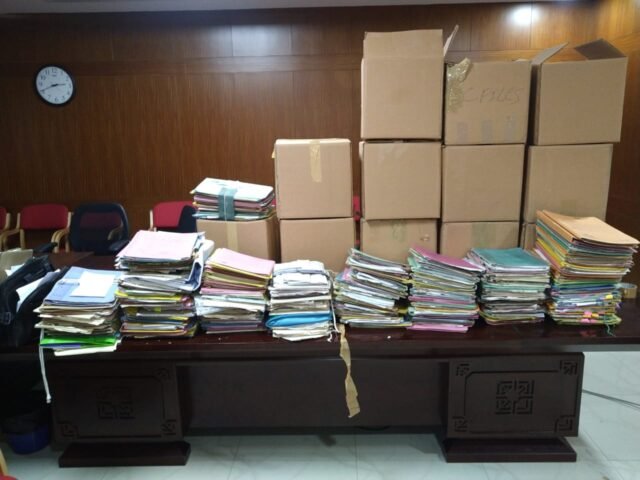 in a shocking development, Anti-Corruption Bureau officials have recovered more than 480 files related to the Town Planning Department, seals in the names of senior officials and more than 120 litres of liquor from the house of BBMP’s Assistant Director-Town Planning Devendrappa.

ACB officials claim they have recovered around 50 files from Devendrappa’s car and around 430 files from his house. The senior BBMP officer was trapped on February 5 while accepting a bribe of Rs 20 lakh for issuance of an occupancy certificate in Bommanahalli zone.

“An investigation was initiated after Devendrappa was trapped. Around 50 files and an additional Rs 7.40 lakh in cash were seized from his car. Altogether, an amount of Rs 27.40 lakh was seized, including the Rs 20-lakh bribe amount,” an ACB official said in a press note.

Further, a high-end car, numerous bank accounts, fixed deposits, around 120 litres of liquor and around 435 files from his house were recovered.

“The sleuths have also recovered many seals which are in the names of senior officers,” the ACB official added.