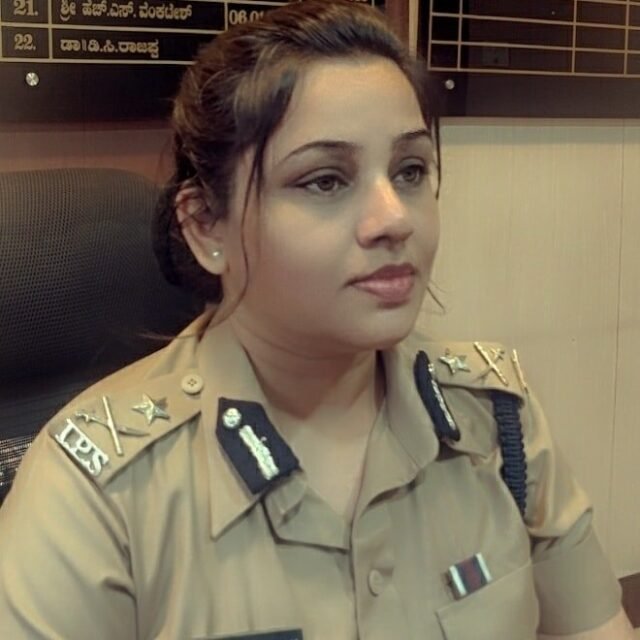 Roopa claims an earlier tender was scrapped after a complaint was made by bidder BEL to the Prime Minister’s Office, which she brought to the notice of the state Chief Secretary

On Friday morning, a ‘sensational’ story in the Bengaluru edition of the Times of India claimed that a woman IPS officer had impersonated the Home Secretary seeking classified details on the Rs 619-crore Safe City project that is being funded by the Centre’s Nirbhaya Fund. The story went on to say that the city police had lodged a complaint with Chief Secretary TM Vijay Bhaskar.

As it turns out, the police complaint was the only factual part of the ToI story. As far the ‘impersonator’ goes, it was none other than IPS officer and current Home Secretary D Roopa.

In a communication with TheBengaluruLive,Roopa has stated it was she who called the consultant who was preparing the tender documents, with the intention of ensuring that the tender process did not favour any single bidder.

Roopa, who claims to be the whistle-blower in the present case, had earlier blown the lid off the scam whereby the late Tamil Nadu CM Jayalalitha’s aide Sasikala was being given VIP treatment in the Parappana Agrahara prison in Bengaluru.

The Safe City project has turned controversial after IPS officer and Additional Commissioner of Police (Administration) Hemant Nimbalkar, who is also chairman of the tender inviting committee for the project, wrote to the Chief Secretary (who is the chairman of the apex committee for the project) on December 7, requesting an enquiry into what Nimbalkar said was “a clear case of impersonation as Home Secretary to the Government of Karnataka for getting access to classified information with respect to the RFP in preparation for the Safe City project worth Rs 619 crore before the publication of the tender, for wrongful gains without any lawful authority and locus standi.”

Though Nimbalkar has not named D Roopa in his letter to the Chief Secretary, he said the “impersonation as Home Secretary … amounts to undue illegal interference in the tender process initiated by the Government of Karnataka by an unauthorised person. It is pertinent to mention here that the RFP mentioned in the mail attached was under preparation and was not published as on 7-11-2020, i.e., on the date of the conversation stated vide e-mail attached. I request your good office to initiate an enquiry into the episode and (take) further necessary action deemed fit as per law.”

Intriguingly, the story published by ToI in its print edition was not available online, though it was updated at 18:50 on Dec 25 under another reporter’s byline. Later, the first reporter’s byline was restored.

In her communication to TheBengaluruLive, Roopa has said: “While studying the Nirbhaya Safe City project file in the Home Department, I found serious irregularities in the tender document (RFP). Bharat Electronics Limited (BEL, a government company) had complained to the Prime Minister’s Office (PMO) that the tender favoured a particular vendor. I blew the whistle, bringing this to the notice of the Chief Secretary. This led to the Chief Secretary calling me for the next Safe City project meeting. That the tender document was biased is proved by the fact that said tender has been cancelled.

“In the context of this file and the irregularities in the drafting of the tender by Ernst&Young (E&Y), I , in my capacity as Home Secretary, spoke to Ernst&Young (E&Y) to get more facts, to know why such a biased tender was drafted by them. The complaint against my actions appears to have been made at the behest of those benefitting from the biased and unfair tender. Each of my actions has been to safeguard public interest and public money in a bonafide discharge of my duties as a public servant. I myself being Home Secretary, the complaint alleging impersonation is false and motivated.”

TheBengaluruLive sought a response from Nimbalkar but two calls made to him on Friday evening were not answered. We will update this story as and when Nimbalkar responds to the statement of Roopa.

We also tried to get the ToI’s city edition in-charge’s reaction to the story appearing in the print edition, but there was no response to our call.

Meanwhile, sources in the Chief Secretary’s office said that no high-level inquiry committee has been formed to investigate the issue. “As Nimbalkar has given a complaint and the tender is being looked at by the Home Department, it has been sent to the Home Department. In fact, the ACS (Home) will look into the issue,” a source said on the condition of anonymity.

Buzz within BJP: Govind Karjol for CM, Vijayendra for DCM

Govt will hunt down every single rioter: DCM