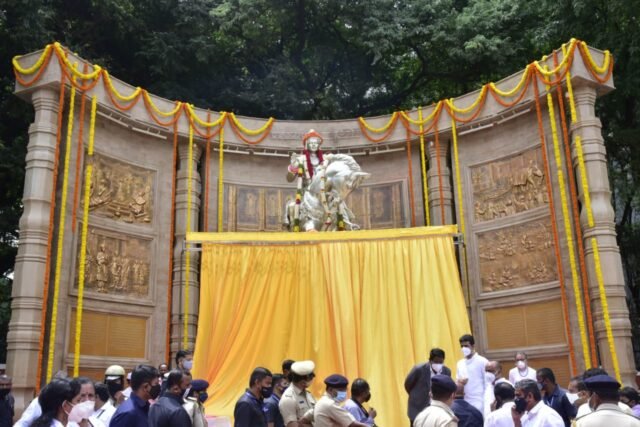 The original bronze statue was unveiled on August 26, 1994. For its silver jubilee, it was decided to redesign the structure so as to convey the essence of Basavanna’s verses. Former Mayor Gangambike had allocated Rs 1.50 crore for the project in May 2019.

Behind the restored statue, which is now silver-plated and stands on a concrete platform,  is a crescent-shaped concrete wall and Chalukya-style sandstone inscriptions. The wall is filled with murals depicting the essence of Basavanna’s ‘Anubhava Mantapa’, ‘Samanatheya Bijankura’, ‘Dayeyillada’, ‘Dharmavyavudaya’, ‘Yeehothotte’ and ‘Kayakave Kailasa’.

Coloured lights, a music system, a small garden around the statue, and a walkway complete the pleasing effect.