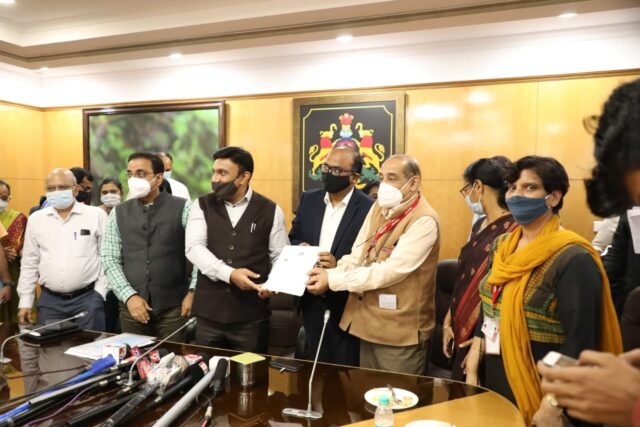 At least 1.93 crore or 27.3 per cent of the people in Karnataka are either infected by coronavirus or had the infection in the past, as of 16 September, revealed a survey by the government to estimate the prevalence of COVID-19 in the state. Sharing details of the findings, Karnataka Health Minister Dr K Sudhakar said the survey was carried out from September 3 to 16 across 30 districts in the state.

According to Sudhakar, the state government wanted to ascertain the pace at which the COVID-19 cases were increasing. “The government has to have clear information on how it is spreading in the community in the districts, how to prevent its spread and action to be taken. Hence, this survey was conducted,” said the minister.

The sample size is 16,585 in the entire state. Of this, the test reports of 15,624 have been submitted, he added. Besides the Rapid Antigen Test and the RT PCR, IgG test was also carried out. Immunoglobulin G (IgG) is the most common antibody in blood and other body fluids, which protects against the bacterial and viral infections. It is developed after an infection or immunisation. The survey also found that the infection fatality rate due to COVID-19 was 0.05 per cent.

“Out of 7.07 crore estimated population in Karnataka, the study estimates that 1.93 crore (27.3 per cent) of the people are either currently infected or already had the infection in the past, as of 16 September 2020,” the report said.

It further stated that the present IFR is likely an underestimate. The overall IFR based on the first round of sentinel serosurvey findings is 0.07 per cent. Based on the report, it is estimated that the overall weighted adjusted seroprevalence of IgG was 16.4 percent. “It suggests that in the surveyed population, 16.4 per cent of the people were infected in the past and found to have IgG antibodies against SARS CoV-2,” the finding revealed.

The report mentioned that the districts with a high Infection Fatality Rate (IFR) need clinical care to be improved. Noting that the state was passing through different stages of COVID-19 pandemic in different districts, the report said the surge in cases is yet to occur in the districts with the lowest estimated prevalence of COVID-19 such as Dharwad, Gadag, Chikkaballapur, Bagalkot, and Mahadevapura in Bengaluru urban district.

The study recommended establishing the district-level facility-based sentinel sero-surveillance to monitor the trend of infection in the long term systematically. This can inform local decision-making at the district level to mount the necessary public health response towards the COVID-19 epidemic in Karnataka.

The government said that a follow-up survey has been planned to measure the extent and speed of transmission and evaluate the impact of containment strategies over time in the state. PTI