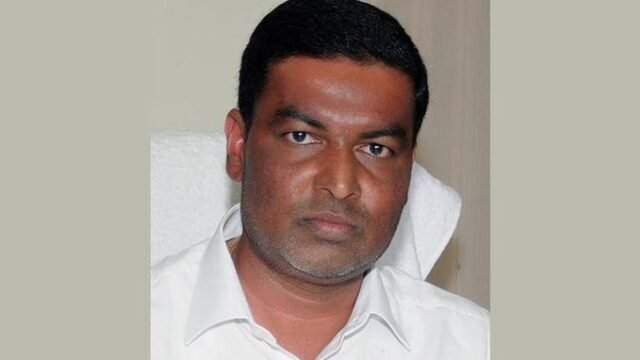 BJP MLA Balachandra Jarkiholi on Wednesday sought a CBI probe into allegations of sexual harassment against his brother and Karnataka Water Resources Minister Ramesh Jarkiholi, and also threatened to file Rs 100 crore defamation case against those who released a “fake CD”.

After meeting Chief Minister B S Yediyurappa, he also asserted that Ramesh Jarkiholi should not resign if he has not done anything wrong and a thorough investigation has to be done to find out those behind the CD containing objectionable videos.

Purported video clips showing Ramesh Jarkiholi getting intimate with an unidentified woman, were widely aired by Kannada news channels. “The woman who they claim has faced injustice, her identity is not known. Someone gives the complaint claiming her relatives insisted on it…taking that complaint itself is wrong, because the person affected has to give the complaint, not someone on the street,” Balachandra Jarkiholi said.

Speaking to reporters here after meeting Yediyurappa, he said he has requested the CM to order a CBI or CID inquiry to know about those behind the CD and influential politicians behind them. “If it is proved that Ramesh Jarkiholi is wrong I will advise him to apologise to the people and take political retirement. If he has not done anything wrong those behind it (CD and allegations) should be sent to jail. So inquiry has to happen, that”s the reason I met the Chief Minister,” he said, adding that Ramesh Jarkiholi is also in the city and will be meeting CM later in the day.

Dinesh Kallahalli, a social activist on Tuesday lodged a police complaint against Ramesh alleging sexual harassment to a ”job aspirant” and threatening her and family of dire consequences.

Reacting to the allegations, Ramesh on Tuesday night told mediapersons that he was ”shocked” and the videos were 100 per cent fake, as he also asked for an investigation. Noting that the family was considering legal battle too, Balachandra Jarkiholi said they were consulting lawyers and a Rs 100 crore defamation case will be filed against those who released the CD, in a week’s time.

“We have got some information that the video has been uploaded (on the internet) from foreign countries, so CBI should be asked to inquire. If such fake CDs keep coming, it will be difficult to do politics.. the CD is created, it is fake,” he said, adding that according to him his brother should not resign, and several MLAs are with him.

The allegation, just ahead of the Budget session of the state legislature starting from Thursday has come as a huge embarrassment to B S Yediyurappa-led BJP government.

Ramesh Jarkiholi, a MLA from Gokak, who was earlier with Congress, was among the chief architects in causing the downfall of the Congress-JD(S) coalition government that eventually paved the way for the BJP to come to power. Police have assured necessary action after obtaining more details and said they will also interrogate the woman. PTI

Also Read: Hang me if I am involved (in sex tape), says Minister Jarkiholli https://thebengalurulive.com/hang-me-if-i-am-involved-in-sex-tape-says-minister-jarkiholli/