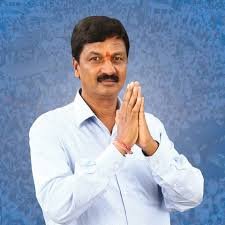 Tells TV channels he has no clue about girl in the video, says he spoke to CM and will take up the issue with BJP brass in Delhi

Hours after a sex video allegedly involving Karnataka Water Resources Minister Ramesh Jarkiholli was aired by local Kannada TV channels on Tuesday, the Minister spoke to the channels demanding a proper enquiry into the incident. Jarkiholi said he was ready “to be hanged” if found guilty.

The Minister, who was touring Mysuru on Tuesday, said in an interview to TV9 that he was shocked when he came to know that the video clip was being aired by TV channels.

“I was in the Chamundi temple when I was informed (about the tape). I was shocked and I couldn’t stand before the goddess. I left the temple immediately and rushed to Bengaluru. Now, I am talking to the media and after this I will be heading to New Delhi. I will explain all to party seniors and I am ready to face any course of action if I am found guilty,” Jarkiholli said. He added that he had spoken to Chief Minister BS Yediyurappa in the matter.

He denied knowing activist Dinesh Kallahalli who has filed a complaint in the Cubbon Park police station. He said, “I don’t know who Dinesh Kalahalli is. I have been in politics for 21 years as MLA. This is a very sensitive matter. Let the entire truth come out in the investigation.”

The Minister said the Jarkiholli family “is a big family and I am in shock (that) people can see the video which has been featured on TV channels. I haven’t seen it and I don’t want to see it either. I am a God-fearing man and why should I fear (anything)? I am ready to be hanged if I am found guilty.”

When a reporter asked whether he had ‘promised’ the girl (in the tape) a government job, the Minister said, “I do not know who the girl is. Let the inquiry take place. I am a politician and I have fought directly in all battles, but not like this. I am in shock but not accusing anyone. I am consulting with my legal team and will take further action.”

Replying to another query, he said, “I don’t know whether it is a conspiracy against me. What I can say is, let the inquiry take place to bring out the truth. If it is proved that I am guilty, I will not only resign but also will quit politics.”