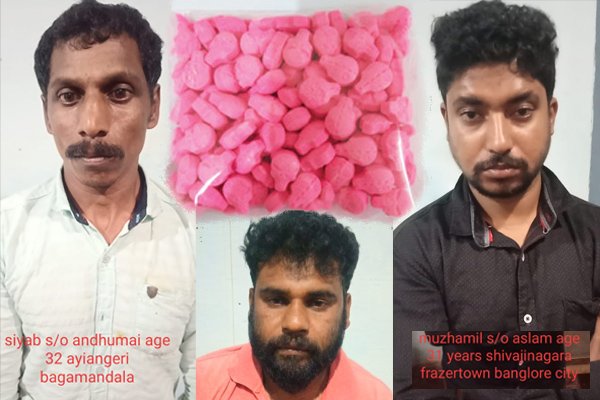 Even as the state is agog over revelations of a Sandalwood-drug mafia link, the local police here have made a dramatic late-night arrest of a drug-peddling trio.

The accused have been identified as Majid Sufi (35), Shiabuddin (32) and Mujamil (31) of Shivajinagar, Bengaluru.

On Wednesday  night, the Madikeri police were informed about a gang of three planning to sell drugs near a lodge in the city.

The cops chased the trio from the lodge till Kushalnagar and nabbed them near Gudde Hosur. Five persons in another car managed to escape, including 2 foreigners.