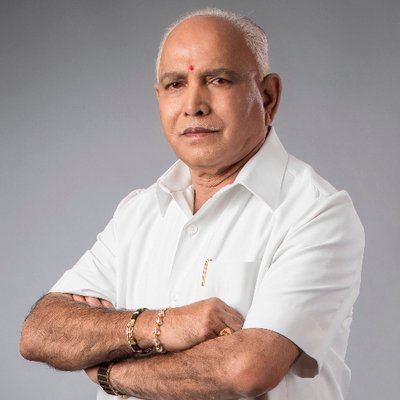 Hint to Modiji and Amitji : BJP in Karnataka lost Lingayat vote bank in 2013 when BSY went his own way

Every time the BJP forms a government in Karnataka, the hunt for a Lingayat strongman to succeed BS Yediyurappa begins. But in its zeal to apply its internal age policy and alongside cultivate other regional saffron leaders, the Delhi bosses should not forget that it is he alone who has single-handedly built up the party in the state. Instead of needlessly causing a flutter in the state cadre, the party high command should let the Yediyurappa decide for himself his retirement from the political scene.

It should not be forgotten that from 2008 to 2013, even as Karnataka witnessed three CMs – Yediyurappa, Jagadish Shettar and DV Sadananda Gowda — it was largely due to Yediyurappa’s spadework over the years that the BJP could complete a full 5-year tenure in power.

Due to political differences, Yediyurappa had quit the BJP and formed the Karnataka Janata Party in 2013, reducing the saffron party’s numbers in the assembly to just 40. Moreover, in 40 other constituencies, the fledgling party had polled the second highest number of votes.

Later, the breakaway party merged with the BJP and Yediyurappa once again got a free hand to to steer the BJP back to power. However, it fell 9 short of the magic number in the 2018 assembly elections and had to sit in the opposition.

Well aware of his single-handed contribution over a span of 40 years in bringing the party to prominence in Karnataka, the BJP high command exempted Yediyurappa from its internal policy of not entertaining chief ministerial hopefuls who have crossed the age of 75. However, with an eye to succession issues in the future, it has appointed three deputy chief ministers.

Now, with Yediyurappa having completed one year in the CM’s office, there is talk once again of the Delhi bosses looking for a successor.

Political pundits in Karnataka point out that the saffron leadership would not have dreamt of ignoring the huge contribution to the party of an icon like Atal Bihari Vajpayee, which is why he became Prime Minister at an age when he had difficulty walking. Similarly, no one brought up the age factor in the case of M Karunanidhi, who ruled Tamil Nadu as Chief Minister while wheelchair-bound. Hence, they say, Yediyurappa too should be allowed to decide for himself when he wants to step down as CM.

In fact, the BJP leaders sitting in New Delhi and their counterparts in the state know how difficult it has been for the party to widen its base in Karnataka without the presence of BSY. Similarly, even Congress and JDS leaders in Karnataka consider their chances of getting more legislators elected better if there is no Yediyurappa in the BJP. Proof of the BSY factor is the 2014 Lok Sabha election results when the saffron party campaigned without the presence of Yediyurappa.

Yediyurappa’s stature as a Lingayat leader has yet to be matched by any Congress or JDS leader from the same community.

In 2010, when Yediyurappa was forced to step down and another Lingayat leader, Jagdish Shettar, was made chief minister, the latter could make hardly any impact on the community and had to himself give up the CM’s chair to a Vokkaliga, DV Sadananda Gowda.

More recently, according to sources, MoS for Railways Suresh Angadi, a Lingayat himself and a relative of Shettar, was being seen as a successor to Yediyurappa. But any such possibility proved abortive as Angadi succumbed to Covid-19.

Besides, it is a known fact that Yediyurappa’s son BY Vijayendra played a key role in the defection of 17 Congress and JDS legislators, helping his father become chief minister for the fourth time last year. And with BSY living up to his promise of making every defector either a minister or a high functionary in the party, the sense of trust in Yediyurappa has only grown.

Not just the father, the BJP brass in Delhi cannot afford to ignore the son either. Vijayendra single-handedly ensured the first saffron victory in the JDS stronghold of KR Pet in Mandya district – an achievement which helped elevate him as state BJP vice-president. He now faces the task of bagging another first for the party in the JDS stronghold of Sira assembly constituency in Tumkur district, which faces by-elections on November 3.

Should Modi step down at 75?

Looked at another way, pundits point out that Prime Minister Narendra Modi is himself 70 years old and will be 74 when the next Lok Sabha polls take place in 2024. If the party’s internal age bar of 75 years were to apply in his case – and assuming the party was once again in power at the Centre – Modi would be able to remain Prime Minister for only one year in his new term. That would not only be a ridiculous proposition but also unthinkable to all the millions of Modi supporters across the country.

In consonance with common sense and the majority’s feelings, neither would TheBengaluruLive.com take the line that the Prime Minister should step down immediately after he turns 75. But if it is widely seen as perfectly acceptable for the Prime Minister of the country to take a call on his political retirement, so should the BJP brass leave it to Yediyurappa to decide on his own retirement from Karnataka politics. Till then, he should be given a free hand to do what he has done without any equal all these years in strengthening the BJP at the grassroots level.