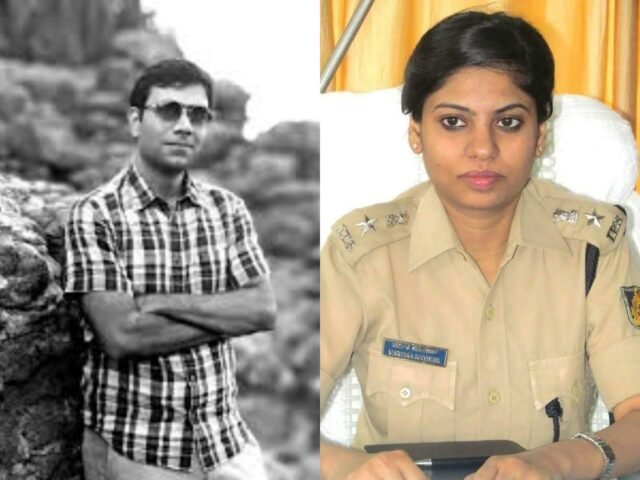 Members of the civil services are generally looked up to as societal role models, and one hardly associates them with retrograde practices like dowry demands. So it comes as a shock to read about a dowry-related spat between a civil services couple where the wife has filed a dowry harassment complaint against her husband in a city police station.

The Cubbon Park police on February 1 registered an FIR on the basis of a dowry harassment complaint by IPS officer Vartika Katiyar (Karnataka cadre 2010) against her husband, an IFS officer currently stationed in New Delhi, and six of his family members.

A copy of the FIR based on the 34-year-old lady officer’s complaint was accessed by TheBengaluruLive and cites sections 3 and 4 (penalty for taking dowry) of the Dowry Prohibition Act, 1961 and Indian Penal Code sections 506 (criminal intimidation), 509 (intending to insult the modesty of any woman), 34 (common intent), 498A (husband or relative of husband of a woman subjecting her to cruelty), 384 (punishment for extortion), 420 (cheating) and 326 (voluntarily causing grievous hurt).

“In 2018 during the Diwali festival, the complainant’s husband and his family members had gone to Colombo, and she had gone there too. On the last day of the visit, her husband and his family members hurled abuses at her and her parents for not sending gifts and again threatened divorce and asked her to toe their line. Many times the complainant’s husband and his parents, brothers and their wives demanded Rs 35 lakh as dowry to purchase a house in the complainant’s name. The indecent behaviour of her husband Mr Niteen Yeola, his parents, brothers, their wives and other relatives and repeated demands for dowry, mental and physical torture, etc (is reason for) this complaint.”