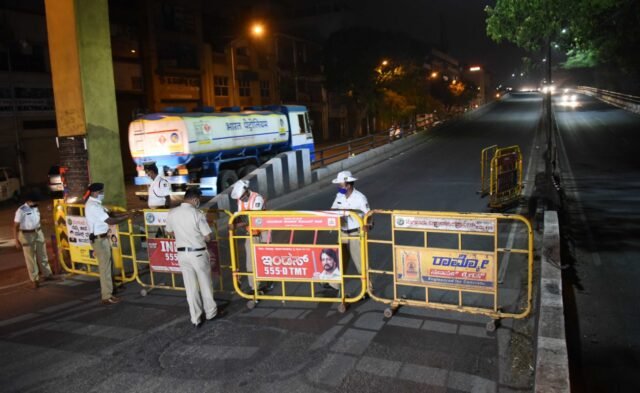 With plans to relax COVID restrictions at places with less positivity rate, the Karnataka government is likely to review the containment measures announced by it effective across the state, next week, Law and Parliamentary Affairs Minister J C Madhuswamy said on Thursday.

At the cabinet meeting chaired by Chief Minister Basavaraj Bommai today, some Ministers expressed reservation about enforcing restrictions across the state, especially in places where the positivity rate is low.

”We have issued the COVID protocol to be followed till January 19. In today’s cabinet meeting some Ministers questioned the need for it to be implemented across the state, especially in places where there are less infection and low positivity rate,” Madhuswamy said.

Hence it was decided to review things by January 14 or 15 and consult the technical advisory committee on the matter, he told reporters after the cabinet meeting.

”We are planning to relax restrictions as much as possible where it is not necessary,” he added.

The Karnataka government on Tuesday had decided to impose curfew on weekends and restrict public gatherings to fight the third wave of COVID-19, till January 19. It has also decided to continue the night curfew for two more weeks, and has prohibited all rallies, dharnas, protests, among others.

Pointing out that cases have doubled and the Omicron variant is spreading rapidly, Madhuswamy said the government’s intention is to curb its spread at initial stage and not to cause inconvenience to anyone.