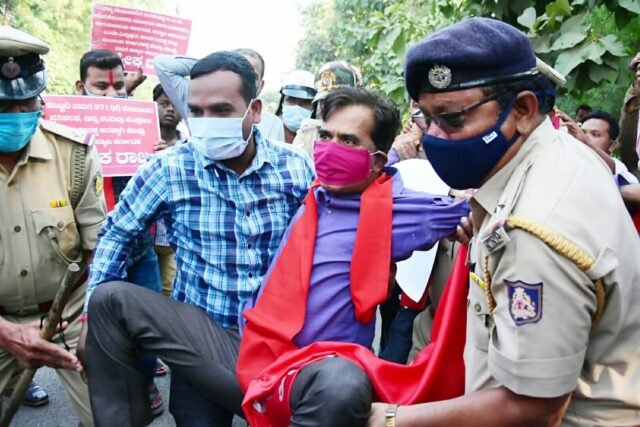 According to police, more than 10 people were detained by the police when they were on their way to hoisting the new flag in the Sardar Vallabhbhai Patel circle here.

The protest was organised on the Kannada Rajyotsava Day or the Karnataka foundation day which is celebrated all across the state on November 1 marking the formation of the state in 1956.

Earlier on Saturday, Kalyana Karnataka leader M S Patil said, “We will hoist a new Karnataka flag on Kannada Rajyotsava. We are demanding a separate state for the north Karnataka region comprising of six districts as there has been no development in this part of the state.”

However, the main Rajyotsava day function was organised in Nagareshwar School, Nehru Ganj area of the city and Karnataka Deputy Chief minister Govind Karjol hosting tricolour in the occasion, many Congress and BJP leaders including a large number of people participated in the function. (Agency)

Cops seek info on ‘drugs’, netizens give ’em a ‘drubbing’