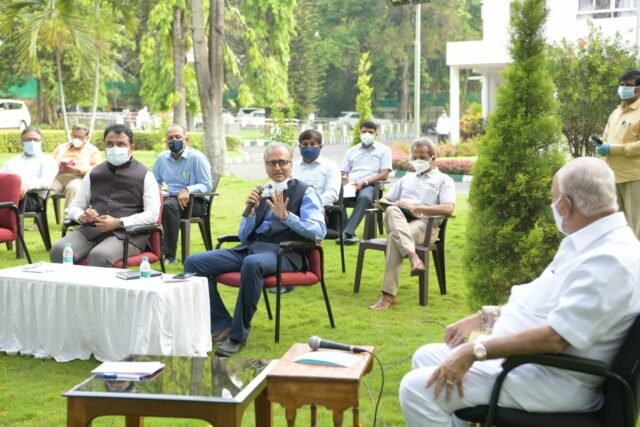 Once bitten, twice shy! Even as the second wave of Covid-19 seems to have peaked in Karnataka with the number of daily infections dipping, the state government is apparently mindful of the mistake – a hugely costly one in terms of the thousands of lives lost in the state — it made in lowering its guard after the first peak was over in October-December last year. Hence, to prepare itself for a possible third wave, the government has formed a high-level committee of medical experts to help with containment strategies.

An order to this effect was issued on Wednesday by the Health Department. Deputy Chief Minister and Covid task force chief Dr CN Ashwath Narayan tweeted that the government would work proactively with the committee to manage a third wave while continuing to mitigate the effects of the second wave. He also posted the list of the panel members on his Twitter profile.

To be better prepared for third wave of #COVID19, if there is one, we have formed a high level committee of medical experts.

Our government will proactively work with this committee to control, contain & manage the 3rd wave, while we continue to actively mitigate the 2nd wave. pic.twitter.com/1RtxA5BIYs

The 13-member medical experts’ committee will be led by Dr Devi Prasad Shetty, chairman, Narayana Hrudalaya, Bengaluru. Significantly, six of the panel members are paediatricians, indicating an official acknowledgement that all the signs point to a greater risk of infection among children during a possible third wave.

SWR-Bengaluru steps up ferrying of automobiles

Sasikala to walk free on Jan 27