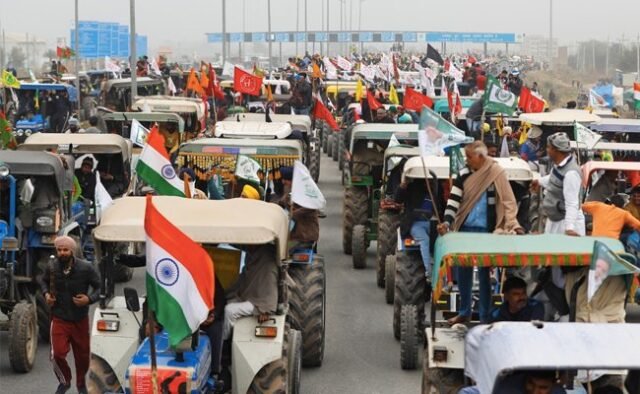 While police have not accorded permission for the tractor rally

Taking a cue from the farmer’s tractor agitation in Delhi, various associations of ryots in Karnataka have geared up for a similar rally here on the occasion of the Republic Day on Tuesday.

The agitation was to compel the Centre as well as the state government to repeal the contentious farm laws passed last year, association leaders said.

“Our struggle will be peaceful. Our objective is limited to conveying our message to the government and the people of the state,” Karnataka Rajya Raitha Sangha president Kodihalli Chandrashekar told reporters here.

According to him, 500 to 1,000 tractors are likely to participate in the rally. While city police commissioner Kamal Pant has not accorded any permission for the tractor rally but Chief Minister B S Yediyurappa had on Sunday said in Shivamoga that in a democracy everybody has a right to protest peacefully.

Also Read: Proposed R-Day TractorRally to Bengaluru has cops in a tizzy https://thebengalurulive.com/proposed-r-day-tractor-rally-to-bengaluru-has-cops-in-a-tizzy/

Kamal Pant, said, “We will not be allowing any tractors to enter into the city. There have been requests about protesting at Freedom Park which we are considering. But due to Tuesday being Republic Day, we cannot take chances with security. We will not allow tractors or any kind of vehicles to be part of the rally. Law and order and traffic discipline is important,” he said.

Chandrashekar said there was no confusion about holding the event on Tuesday and expressed hope police would not interrupt them. Farmers, especially from Punjab and Haryana, have been protesting at the borders of Delhi for two months, demanding repeal of the laws and would take out a tractor rally on Tuesday as part of their agitation.