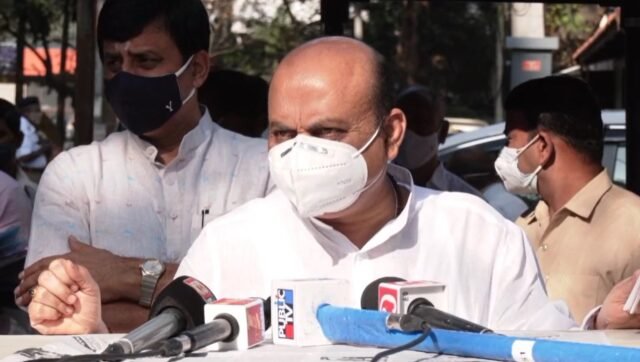 Karnataka Chief Minister Basavaraj Bommai on Wednesday said his government will re-examine the COVID-19 curbs that are in place, and will take a decision regarding relaxation, including the weekend curfew on January 21.

The Chief Minister, who had tested positive for COVID on January 10, today resumed his day-to-day work from office, after recovery.

”On Friday, I will hold a meeting with experts, and will re-examine the curbs that have been enforced,” he said.

Speaking to reporters here, he said, ”The COVID numbers are increasing, but it has not put a load on hospitals with very less admissions, attention should be given to OPD (Outpatient Department), with all this, let’s see what experts have to say.” Asked whether the weekend curfew will be withdrawn, the CM maintained that all those things will be decided after consulting the experts and going through their report.

He said based on the trends in different countries and states, experts have estimated that the cases may peak in the state by January end and February first week.

To a question, why discussion on relaxing curbs when the cases are expected to peak, he said, ”the general feeling that it (infection) is like a flu, and not much hospitalization is taking place, so day-to-day activities can be allowed by following COVID rules. Experts are examining it, they will place things before us on Friday. Following which we will make a decision.” With surge in cases, the Karnataka government had last week decided to extend the existing COVID curbs such as night curfew and the weekend curfew till the end of January.

Bommai, who was infected by COVID and was in home quarantine, from where he was virtually performing official duties and held meetings, today said he has recovered.

”….my quarantine is over and the test has also been done, it has come negative. So from today I have decided to take part in day-to-day work from the office,” he said.

Noting that he had held a virtual meeting with Deputy Commissioners of various districts on Tuesday, the Chief Minister said clear instructions have been given to district administrations to increase vaccination where the coverage is low, whether it is first or second dose, or precaution dose.

”Directions have been given to administer precaution dose among health and frontline workers at a fast pace,” he said.

With 94 per cent of cases in home isolation now, the health department has been asked to monitor it, by maintaining constant contact with those infected, doing triaging and providing them with medical kits, Bommai said.

In rural areas, it has been decided to restart the ‘Vaidyara Nade Hallliyakade’ programme to make doctors and ANMs visit homes.

To a query on COVID rules violation by ruling BJP leaders, he said orders have been issued to take necessary legal action against violators, irrespective of who they are or their party affiliation.

”I have already given clear orders, yesterday the Chief Secretary has issued written orders. If anyone violated COVID rules or curbs, action should be taken against them in accordance with law and cases should be registered. There is no question of differentiating based on which organisation or party one belongs to,” he said.

Bommai did not wish to make any public comments to a question on the much awaited expansion or reshuffle of his cabinet. According to BJP sources it is likely, only after assembly elections in five states.

No need to panic on reports of tomato flu in Kerala; authorities told to be on guard: Karnataka Health Minister

Karnataka records tsunami of 20,000-plus infections