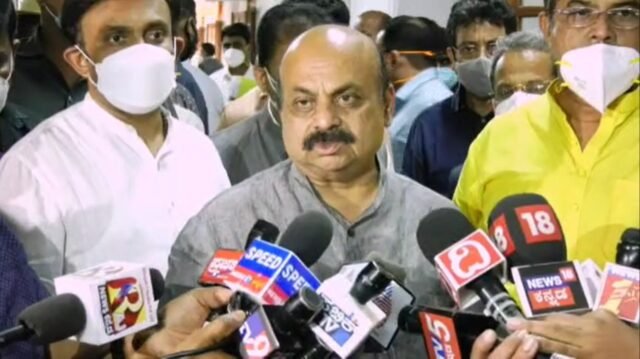 Entry to theatres, bars limited to persons with at least one dose of vaccine

In a major decision, the Karnataka government has decided to allow 100% seating in cinema halls and also in bars and pubs from October 1 – but only in districts which have less than a one per cent Covid positivity rate.

The decision was taken in a meeting chaired by Chief Minister Basavaraj Bommai and including Revenue Minister R Ashoka and Health Minister Dr K Sudhakar.

Later, briefing the media, the Chief Minister said that 100% seating in cinema halls and buses will be provided from October 1 only in those districts which have reported less than 1% Covid positivity rates.

50% rule for districts with more than 1% TPR

A subsequent detailed order issued by Chief Secretary P Ravi Kumar said, “Cinema halls/multiplexes/theatres/Ranga Mandiras, auditoriums and similar places are permitted to operate with 100% seating capacity from October 1, 2021, strictly adhering to Covid-appropriate behaviour, in districts having a Covid test positivity rate of less than 1%. For districts having a TPR greater than 1%, existing arrangement of 50% seating capacity will continue. Entry to such places will be restricted only to the persons who have been at least vaccinated once.”

The order went on to say, “Pregnant women and the elderly are advised not to visit these places. Thermal screening should be done at the entry. All the places, including rest rooms, mentioned above should be sanitized after every show. Hand sanitizers at the entry and strategic places should be provided by the organizers.”

Statewide night curfew from 10 pm-5 am

“Classes from 6th to 12th permitted to operate for 5 days a week with full strength in districts having a test positivity rate less than 1%…intensive sanitization must be done on Saturdays and Sundays for such schools. In the districts with greater than 1% test positivity rate, the existing arrangement will continue,” Kumar’s order said.

As per the new instructions, strict surveillance at the border posts in districts adjoining Kerala and Maharashtra will continue as per the prevailing guidelines issued by the Department of Health and Family Welfare.

Kumar further said, “The prevailing Covid-19 situation in the state has been reviewed again. Though the state has been witnessing a declining trend in the number of daily cases and positivity rate, there is a need for a continued focus on the five-fold strategy of test-track-treat-vaccination and adherence to Covid-appropriate behaviour, for effective management of Covid-19 and to prevent any potential rise (in cases) especially during the ensuing festival season.”

Bengaluru temples closed to public on week-ends & holidays during Shravana