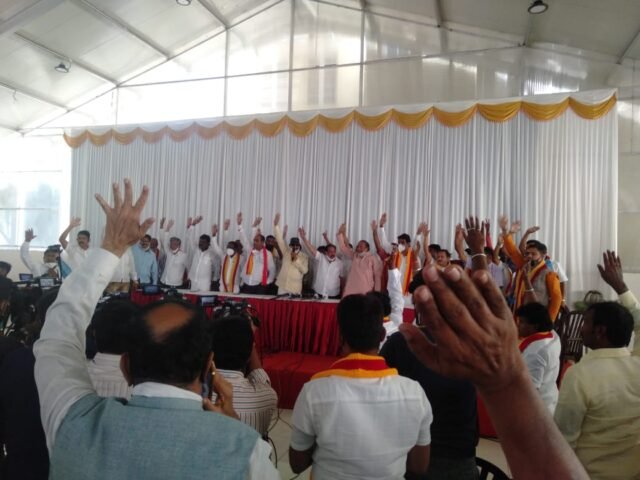 Despite state government’s warning, pro-Kannada organizations on Friday decided to go ahead with its ‘Karnataka Bandh’ on December 5 to protest against the formation of the Maratha Development Authority (MDA) and demanding Chief Minister B S Yediyurappa to withdraw his decision and step down from the office.

Yediyurappa had on November 13 announced setting up the MDA, earmarking Rs 50 crore for the overall development of the Maratha speaking people in the State. The decision has not gone down well with several pro-Kannada organisations.

The consortium of the pro-Kannada organisations such as Kannada Chalavali Vatal Paksha (KCVP) and Karnataka Rakshana Vedike (Shivarame Gowda faction) passed a resolution opposing the government move and deciding to stage the bandh.

In a statement, KCVP chief Vatal Nagaraj claimed support of the former Kannada Development Authority Mukhyamantri Chandru Chief and former head of the Kannada Film Chamber of Commerce Sa Ra Govindu, among others, for the bandh.

The Chief Minister has warned that he would not allow any ‘forced bandh’ on December 5. “We will take strict action if forced bandh is called.” (agency)

CM’s infection, a whodunnit for his staff & officials