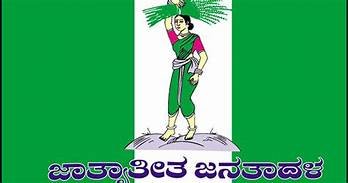 With the electorate of Kalaburagi in North Karnataka delivering a fractured mandate in the recent city municipal corporation election, the JD(S) has huddled its four councillors at a farmhouse to keep its flock together fearing poaching and horse-trading by its rivals.

The recent elections to the 55-member Kalaburagi civic body has thrown up a hung verdict, with the Congress winning 27, BJP 23, JD(S) 4 and one Independent.

The JD(S) has reportedly put forth the demand to have its Mayor in the city, which both BJP and the Congress have turned down, sources in the JD(S) said.

According to a JD(S) office-bearer, poaching has begun and both the parties have allegedly started contacting their councillors.

“The Congress and the BJP have started poaching on our councillors. So, HDK summoned all the four to Bengaluru till a decision is arrived at,” he told PTI requesting anonymity.

The JD(S) office bearer said each councillor has allegedly been offered Rs 50 lakh.

“As two of the elected members are Muslims, they are wary of going with the BJP. The duo has also demanded that they will go with the BJP only if the BJP accepts a JD (S) Mayor,” he said.

Also Read: “It will be BJP Mayor in Kalaburagi city corporation”: Karnataka CM

Meanwhile, BJP state president Nalin Kumar Kateel on Thursday visited Kalaburagi triggering rumours that ”Operation Lotus” was on the cards. He reportedly had a meeting with the local BJP MLAs and leaders on having a BJP mayor there.

”Operation Lotus” refers to the alleged attempts by BJP to engineer defections from other parties.

Chief Minister Basavaraj Bommai too had hinted on Monday that the BJP will have its Mayor in Kalaburagi.

Former Prime Minister and the JD(S) supremo H D Deve Gowda had already stated that veteran Congress leader Mallikarjun Kharge, who hails from Kalaburagi, had contacted him and his son Kumaraswamy. PTI