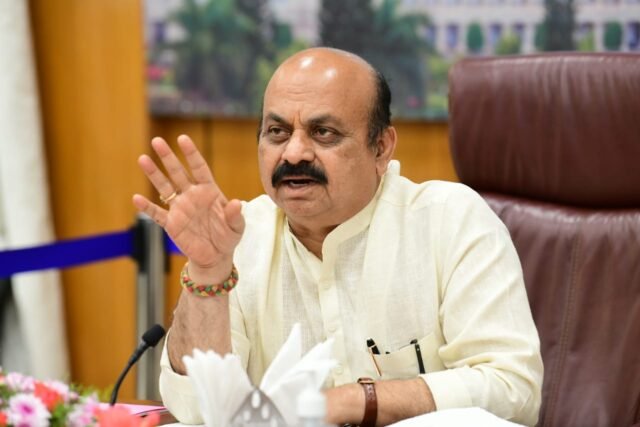 Karnataka Chief Minister Basavaraj Bommai on Thursday said he will be getting a report on the possible impact of Nipah virus infections in the state, and necessary action will be taken to control it.

“Regarding Nipah virus, I have given directions to the Health Secretary and experts. I will get a report on its behaviour in Kerala and its impact on us by this evening, following which necessary action will be taken,” Bommai said.

With confirmed cases of the Nipah virus (NiV) infection reported recently in neighboring Kerala, the Karnataka government on Tuesday had directed district administrations, especially those bordering that state, to strengthen surveillance and preparedness.

It said that all those coming from Kerala should be monitored for symptoms like fever, altered mental status, severe weakness, headache, respiratory distress, cough, vomiting, muscle pain, convulsion and diarrhea.

In response to a question, Bommai said during his recent visit to Delhi, he discussed with BJP national president J P Nadda on organising the party to win the upcoming elections (for zilla and taluk panchayats, local bodies) and there was no discussion regarding cabinet expansion this time.

He termed his Delhi tour on September 7 and 8, during which he held meetings with several Union Ministers on issues concerning the state, as “successful”.

On his meetings with Union Ministers, the Chief Minister said the Satellite Town Ring Road (STRR) project from Dabaspet to Mysuru Road that was pending for over two years has now has been cleared and the work will start in four to five months. The Centre has also agreed for extending the Vijayapura-Sankeshwar highway and DPR will be prepared soon, and four national highways will be developed under the Bharatmala project.

On his meeting with the Minister of State in the Ministry of Electronics & Information Technology(MeitY), Rajeev Chandrasekhar, Bommai said “we discussed a special programme for rural connectivity, to develop a hardware park between Bengaluru and Kolar, and to set up a skill university.”

Pointing out that Union Minister of Housing and Urban Affairs Hardeep Singh Puri has released Rs 400 crore under Pradhan Mantri Awas Yojana – Urban, the CM said Rs 1,500 crore has still to be released.

Discussions have been held with the Railway Minister regarding suburban railway and development of Byappanahalli station, besides works on some major railway lines in the state, he further said, adding that during his meeting with Finance Minister Nirmala Sitharaman he sought extending the GST compensation period to states beyond 2022. PTI