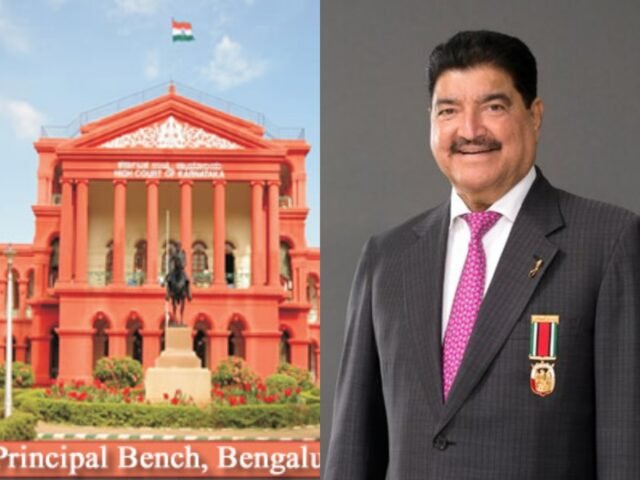 Kannadiga NRI tycoon BR Shetty’s plea to be allowed to return to Abu Dhabi has been rejected by the Karnataka High Court. The Indian immigration authorities had restrained Shetty from leaving the country following Look-Out Circulars (LOCs) by Bank of Baroda and Punjab National Bank, to whom his companies owe Rs 2,000 crore and Rs 800 crore respectively. Shetty is the promoter of UAE-based NMC Healthcare,

On November 14 last year, immigration officials had stopped him from flying to Abu Dhabi via Bengaluru International Airport.

JJustice PS Dinesh Kumar, while dismissing Shetty’s plea on February 12, said unless Shetty exhausted the remedy of approaching the banks in the matter of the LOCs, his plea to permit him to travel to Abu Dhabi could not be considered.

On the NRI tycoon’s claim that he was only the guarantor for the loans, that he had stepped down from the managements of the UAE-based companies, and that the banks had also initiated process in the UAE, the High Court said his plea was liable to be dismissed because “a guarantor is equally liable to repay the debt.”

On another note, Justice Kumar asked counsel for the banks on what security they had allowed such a large exposure. Counsel for the banks said the Shetty-promoted companies were listed on the London Stock Exchange and their share values indicated high net worth. The judge observed that if PSBs allowed such a large exposure without adequate securities, it could have a serious impact on the country’s economy. Justice Kumar felt it was high time legislators and the RBI took remedial measures in respect of lending procedures so that public money was well secured.

Shetty had come to India in February 2020 and wanted to return to Abu Dhabi in November. In his plea, he said the loans were borrowed in the UAE and not in India, and that the default occurred during 2019-2020, while he had quit the management of the companies in 2017. He had argued that bank LOCs could only be issued against fraudsters, money launderers and wilful defaulters, and that he did not come under any such category.