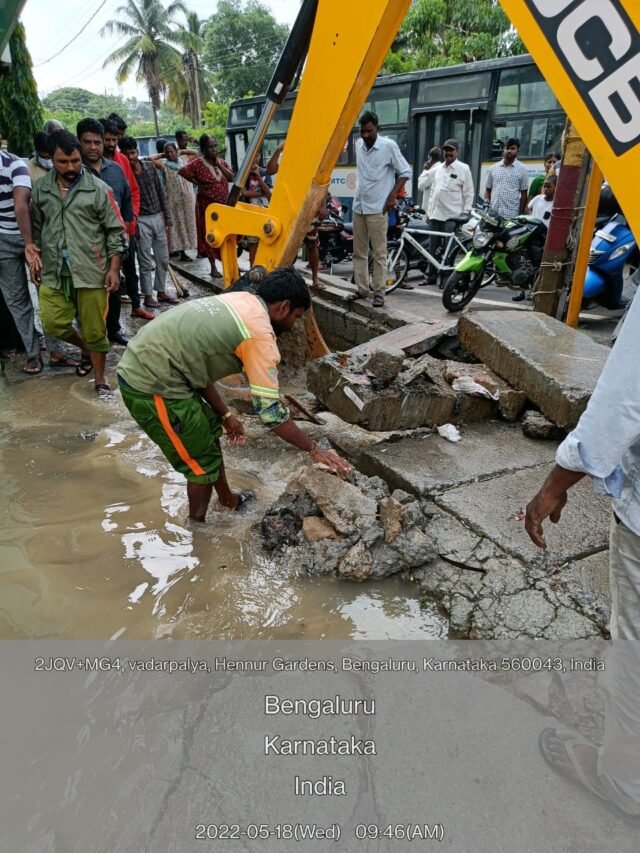 The heavy rains that battered Bengaluru city on Tuesday evening, apart from the havoc they caused, have also contributed to breaking a 23-year-old record for the heaviest rainfall recorded in the month of May.

Bengaluru city has witnessed around 210 mm of rain in the first 18 days of May this year. The closest ‘rival’ to that was in the similar period of May in 1999, when the city reported 142 mm of rain.

Civic agency BBMP claimed in a press release that the city witnessed around 75 mm of rain on Tuesday evening, May 17, in an unrelenting two-hour downpour that saw, as per reports, rain water inundating nearly 1,000 houses.

The civic body said many roads were flooded and several incidents of treefall were reported.

The sky was overcast throughout the day on Tuesday, and then the rains started pouring in from around 8.30 pm. As the water levels in the major drains rose, nearly 1,000 houses in all eight zones were reported inundated, according to the civic agency. It added that many roads were waterlogged and disaster management teams worked late into the night to ensure that the flooding was brought under control.

The BBMP control room received around 254 complaints, 170 of which were rain-related, 34 related to trees that were uprooted, and 60 were various other complaints. All the complaints would be reviewed by the officials of the respective zones and appropriate action would be taken, the release said.