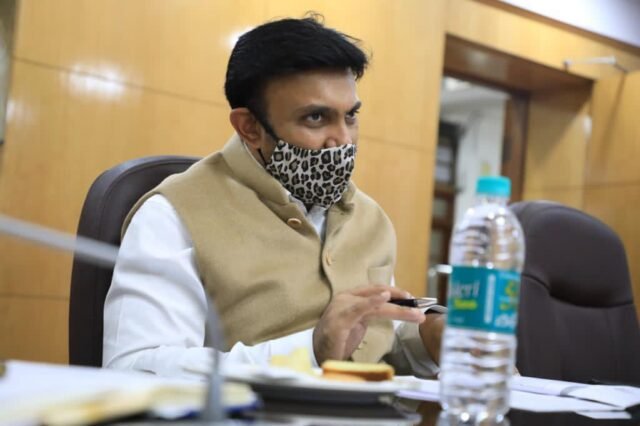 With Karnataka facing the twin threat of Covid-19 and floods, newly-minted Health Minister Dr K Sudhakar has instructed district administrations to take preventive measures on a war footing against the outbreak of water-borne diseases like dengue and chikungunya.

Sudhakar, who also holds the Medical Education portfolio, was reviewing the flood situation in a video conference on Monday with the Deputy Commissioners, Zilla Panchayat CEOs and District Health Officers of Bagalakot, Vijayapura, Kalaburgi, Yadagiri, Koppala and Belagavi.

Kalaburgi is the worst-affected district with  more than 150 villages marooned and around 23,000 people from 50 villages now in government care centres. In Vijayapura, 27 villages have been affected and 1,861 people have been evacuated. There is no need as yet for relief centres in the other districts, the minister noted.

Sudhakar called for safe drinking water and nutritious food for the evacuees, noting that the government had provided a menu chart and hygiene guidelines for the care centres.

He laid stress on medical check-ups of senior citizens, pregnant women and children, and directed Covid tests for people with symptoms of fever and other ailments. Masks, sanitizers and other preventive facilities are to be provided and physical distancing maintained at the care centres, he directed.

Sudhakar noted that compared to last year, diseases like dengue and chickengunya are under control. However, with the festive season at hand, the authorities must take extra precautions against an increase in Covid infections.

Pointing to the lapses in neighbouring Kerala, where coronavirus infections had risen during the Onam festival, he said the same mistake should not be repeated in Karnataka.

The minister thanked the army, the NDRF and the SDRF for their assistance in evacuating flood-hit people.