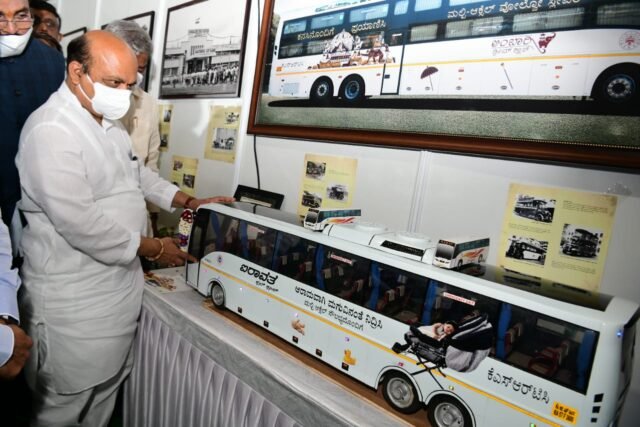 Speaking at a function organised by KSRTC to felicitate 60 drivers who have put in accident-free service of 15 years, the CM said he was aware of the difficult financial situation in the state’s RTCs but was confident that things would change for the better soon. Referring to the ‘intrinsic strength’ of the RTCs to face challenges, he said the need of the hour is capacity-building through a result-oriented approach by officers and staff.

The CM emphasised the need to improve the working and living conditions of the staff. “People have developed an emotional bonding with KSRTC. A bus means many things – journey, travel, etc. It also has a unique concept of inclusiveness as it offers space to everybody. A bus is a symbol of eternal movement.” Bommai said.

Saluting the drivers for their sense of commitment, devotion and dedication to duty, the CM said, “Our life is in your hands. We have immense faith in your professional capabilities and sincerity of purpose. I salute you for discharging your responsibilities in difficult and trying circumstances.”

Bommai said that no matter what sweeping changes the mass transport system undergoes the world over, buses will remain the favourite mode of transport of the common man. “In the changed circumstances, we have proposed to buy 90 electric buses and KSRTC has proposed to buy 642 sophisticated buses,” he said.

An engineer and a technocrat, the CM appreciated the innovations undertaken in KSRTC workshops.

Around 60 KSRTC drivers who have put in 15 years without a single accident were bestowed gold medals. The CM released a stamp and a souvenir to mark 60 years of KSRTC, and also inaugurated a ‘Digital Learning Service’ of the corporation in collaboration with Infosys.

Firm ‘no’ to outside food in hospitals

Govt temples to reopen on June 1