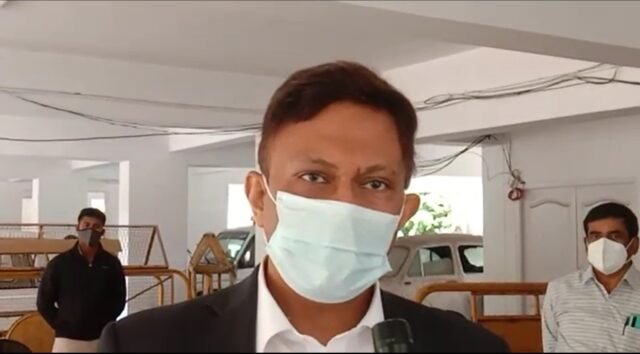 BBMP Chief Commissioner Gaurav Gupta has instructed the nodal officers for each of the current 198 wards in Bengaluru city to coordinate with ward committees in addressing and resolving grievances.

Speaking at a virtual meeting on Friday, Gupta noted that ward committee meetings have to be held on the first and third Saturdays of every month, and BBMP, BWSSB, Bescom and traffic police officers must participate in them and take action to resolve complaints.

Gupta said a Citizen Partnership Programme has been launched to help with the city’s solid waste disposal process. He asked officials to raise awareness among citizens against releasing sewage into storm water drains. He said flooding-prone areas should be identified and measures taken to prevent waterlogging.

The civic chief said the spread of the coronavirus was presently under control in Bengaluru and urged citizens to continue to follow Covid protocol.

BBMP has appointed senior officials as nodal officers for every ward, after the expiration of the term of office of elected representatives in 198 wards, to provide infrastructure-related facilities. 1/3 pic.twitter.com/lNwqjhOwPX

Citizen engagement and participation plays a crucial part in understanding and resolving the issues pertaining to wards.
Held a virtual meeting with nodal officers from all 198 wards, today, to discuss measures to strengthen the ward committee. 3/3

Gupta said that BBMP and Janagraha had received around 3,000 suggestions from citizens for the 2021-22 budget. Accordingly, Rs 60 lakh has been earmarked per ward, of which Rs 20 lakh is for footpath repair, Rs 20 lakh for pothole repair and Rs 20 lakh for borewells.

All swimming pools to be closed

Switch Off Only Lights On Sunday