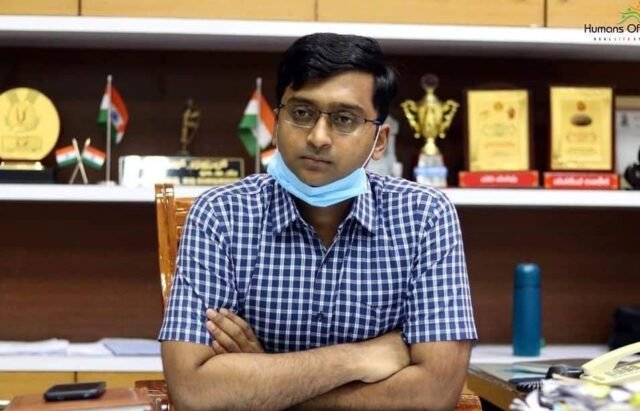 In a new twist to the story of a government doctor who turned auto driver after he was denied a district-level posting, Ballari Deputy Commissioner SS Nakul has said that the officer was given a posting at Sedam taluk but did not report for work. Meanwhile, Dr MH Ravindranath has said he was demoted without any reason and hence challenged the order.

TheBengaluruLive had carried a story titled ‘‘Harassed’ govt doctor turns auto driver for a living’ (read here: https://thebengalurulive.com/harassed-govt-doctor-turns-auto-driver-for-a-living/). After the story and several other post went viral on social media, the Ballari DC responded on his Facebook page.

Nakul’s post reads: “The above and similar posts have been circulating on Facebook from yesterday and have come to my knowledge. There was an indication in some videos that the concerned doctor Sri Ravindra belongs to Ballari district (and of course the action of suspension was before my arrival in the district). Therefore, the file was called for and after verification of records, the following factual position is clarified:

“1) A team led by Deputy Secretary, Zilla Panchayat and District Health Officer ( a doctor himself) had inquired into the allegations of wrongful tender processes etc against Dr Ravindranath and submitted a report stating that the allegations were prima facie true. Based on the same, the concerned doctor was suspended by the government on 06/06/2019 on several grounds, one of them being serious violation of procedures for tenders above Rs 1 crore. The disciplinary action is a process standard in both government and private set-ups for taking action on lapses by any official…”

“2) On 09/12/2019, Sri Ravindra was reinstated pending inquiry to the taluk hospital, Sedam and strictly as per information available, he has not reported to work there so far and we are not aware of his resignation as per records at the district level…”

“In any case, the reason for the above clarification is that in Ballari district, all of us (administrators and doctors, both govt and private), health personnel, municipal workers, revenue staff, education department personnel, police, gram panchayat staff, NGOs, etc) are working hard and as a team against Covid-19. The team, despite huge odds, has been able to deliver and give treatment to thousands of patients with great aplomb. I would like to reiterate in no ambigious terms that Team Ballari stands as one and we will work towards public health and public good always…”

When TheBengaluruLive contacted Dr Ravindranath, he said, “I was assigned to a taluk hospital in Sedam, Kalaburagi district as Senior Health Officer but I went back to the KAT because the taluk position was a demotion. I reapproached the KAT seeking a direction to appoint me at a district-level hospital and the verdict was in my favour. The order clearly stated that I be appointed as RCH Officer or  District Programming Officer in any of the districts. But the top-level officials have not assigned me the post yet.”

“When I was posted to Sedam, Kalburagi district, as Senior Medical Officer, there was no Covid situation. Also, it is not about the pay scale too, as all the rank doctors are paid the same salary but the designation changes,” said Dr Ravindranath.

He added, “The officials do not quote the judgement given by KAT in January 2020, but they are informing only of the December 2019 order. Anyway, I have filed a contempt of court petition and the hearing is on September 11.”

Intra-Karnataka passenger trains are back

Sec 144 across city, curfew in troublespots after mob runs riot