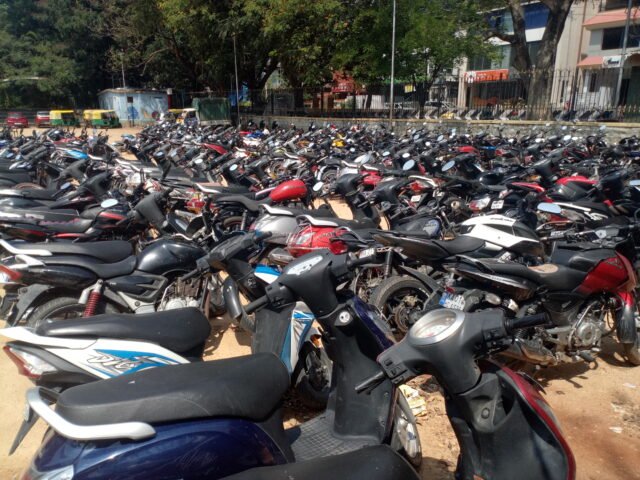 The Bengaluru police began the process of releasing vehicles seized during the lockdown and have collected Rs 18 lakh in fines on Saturday alone.

Since the lockdown was announced on March 25, the Bengaluru police have seized over 47,000 vehicles that were plying without passes or valid reasons. The move comes after the Karnataka High Court issued directions that the seized vehicles be released.

Joint Commissioner of Police (Traffic) B R Ravikanthe Gowda said,  “Total fines collected on Saturday from seized vehicles were Rs 18,61,500 from 2,024 vehicles for 5,287 traffic violations in the city.”

Five documents are required to get the vehicle back —  receipt of penalty paid, registration certificate, driving Llicence, Aadhaar card and a bond stating that the owner will not violate lockdown rules (to be produced at the police station concerned), according to an official release.

The police have clarified that pending traffic penalties must be paid either at Bangalore One centres or online before the seized vehicles are released.

No congregational prayers on April 9