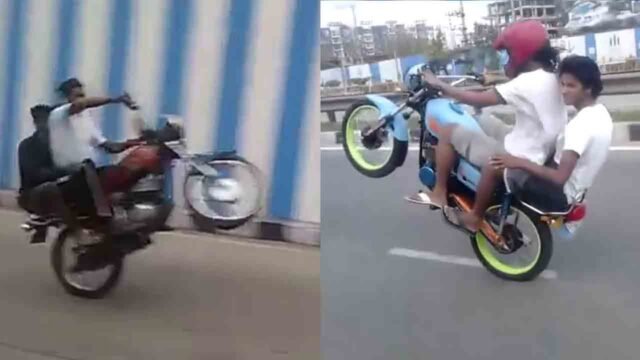 The police crackdown against bike stunts like wheelies, that endanger both the lives of other road users as well the bikers concerned, continues as the police rounded up as many as 16 young miscreants in south Bengaluru.

“They were doing wheelies in the underpass and their bike silencers too had been removed. A case has been registered against the detainees and the bikes have been confiscated,” said a traffic cop attached to the Basavanagudi traffic police station.

Liquor stores, paan shops will be allowed to function in green zones

Belagavi has 17 of state’s 34-case spike