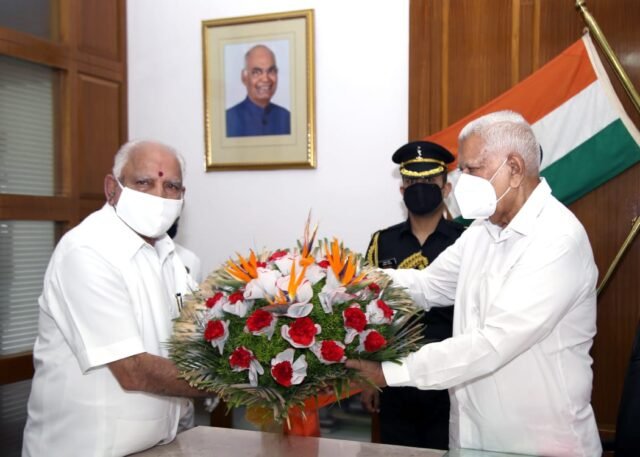 Chief Minister BS Yediyurappa’s sudden visit to the Raj Bhavan on Friday, his second in recent days, has led to speculation about it being linked to cabinet expansion. The CM met Governor Vajubhai Vala at 11 am and had a long discussion. Also present was Home Minister Basavaraj Bommai.

A few days ago, the CM had visited the Raj Bhavan regarding the nomination of Vidhan Parishad members. Friday’s visit has raised eyebrows as cabinet expansion discussions are reportedly underway in the state BJP.

No official communique has been issued by the CMO on Yediyurappa’s meeting with the Governor.

Discussions are currently underway to fill the remaining 6 of the 34 cabinet seats.

Cholera in a time of Covid-19!