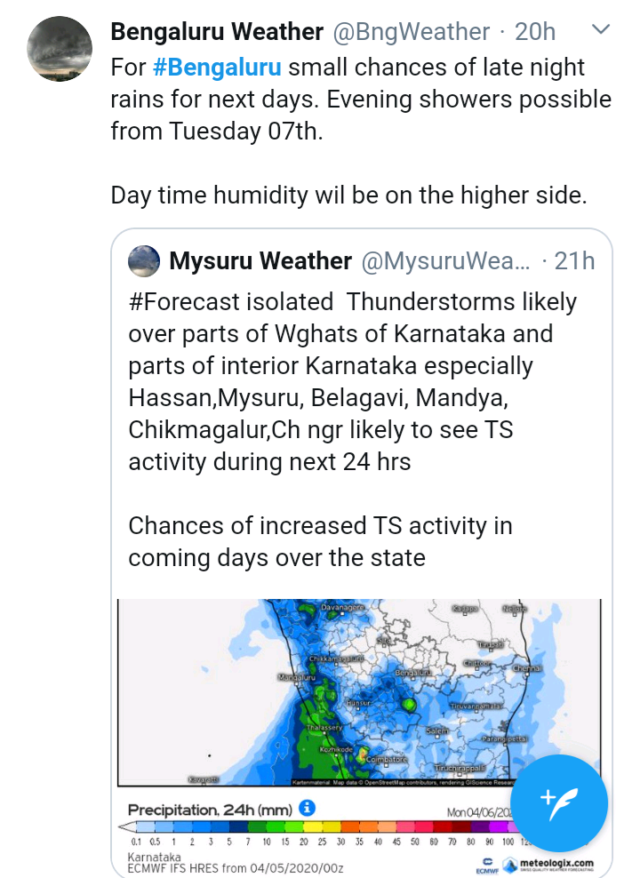 But temperatures will keep rising

Unseasonal rains are likely to add to the lockdown woes of citizens of Karnataka. A ‘yellow alert’ from the Meteorological Department for the southern inland part of the state says there will be two days of rainfall in the state during the summer heatwave.

Meteorological Department Director CS Patil said, “Heavy showers and thunderstorms are likely to occur in various districts of the state after April 5. So a Yellow Alert has been issued only for the southern inland districts.”

The report claims that the average temperature in the state has been at least 35 degrees Celsius for the past 15 days. A maximum of 40.5 degrees Celsius was recorded in the period. Temperatures are expected to rise over the next week in most parts despite the two-day rain forecast.