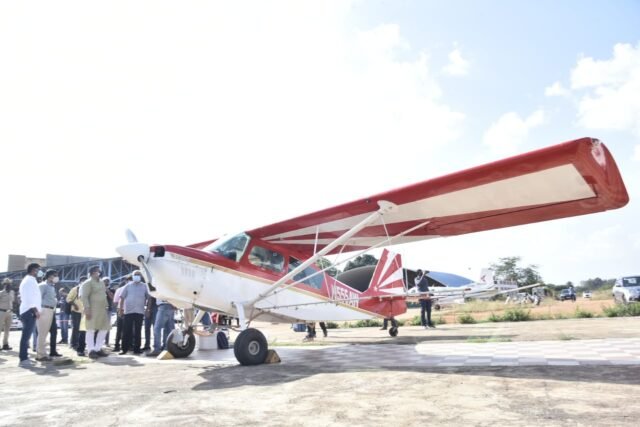 After a backlash from environmentalists, BBMP has called off the aerial disinfecting of Bengaluru’s Shivajinagar and KR Market areas, which was scheduled for Monday.

Speaking to TheBengaluruLive, BBMP Chief Commissioner Gaurav Gupta said the decision to scrap the aerial disinfection drive was taken after some environmentalists raised concerns. He added that the agency undertaking the drive had been informed of the environmental concerns.

“We need to conduct more studies before we allow the agency to conduct aerial disinfecting of Bengaluru’s crowded areas. Hence, we have stopped the schedule which was about to commence from Monday,” Gupta said.

As per the schedule, over the next three days Aerialworks Aero LLP was to undertake disinfecting of Shivajinagar and KR Market areas with organic disinfectants sprayed aerially. The company had received clearances from the concerned authorities.

The company is said to have successfully executed aerial disinfection in neighbouring Chennai.

Gupta said he would inform the Revenue Minister about the reason for halting the pilot project. “There was no exchequer burden on BBMP and it was a pilot project. The agency had come forward and we had accorded permission. But after concerns were raised we asked the company to stop,” he said.