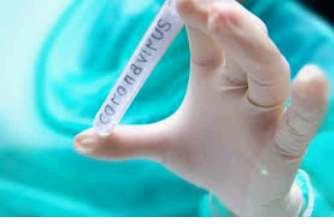 Neighbour returned from Maharashtra, has SARI

Vijayapura district becomes the 19th Covid-19 infected district in Karnataka after 5 positive cases were reported from one family. None of the family has any travel history. Including 4 new cases from Belagavi, the state’s tally is now 232.

Deputy Commissioner YS Patil has declared 100 metres of surrounding localities a buffer zone and all kind of vehicle movement has been banned. “Special teams have been formed to identify primary and secondary contacts of the infected cases,” said Patil.

It is said that a neighbour of the family, a 60-year-old woman, had visited her relatives in Maharashtra and showed Covid-like symptoms after returning. “Of the 12 members in the family, five have been infected,” a source said.

As per the health department bulletin, Karnataka had 215 positive cases till Saturday evening, but the sudden spike of 17 new cases has taken its tally to 232. “There are around 172 active cases, and 54 have been discharged,” the report says.

Bengaluru and Belagavi continue as hotspots with 4 and 3 new cases respectively.

Another 2 cases are Patient 216, 32, male, resident of Mysuru and contact of Patient 88 (pharma company worker) and Patient 227, a 2-year-old male from Kalaburagi who is said to be infected with SARI.

My work only allows Internet Explorer, so I have to manually

The future steps of Scala – What to expect from upcoming releases

Warning to residents as KRS to release water into Cauvery