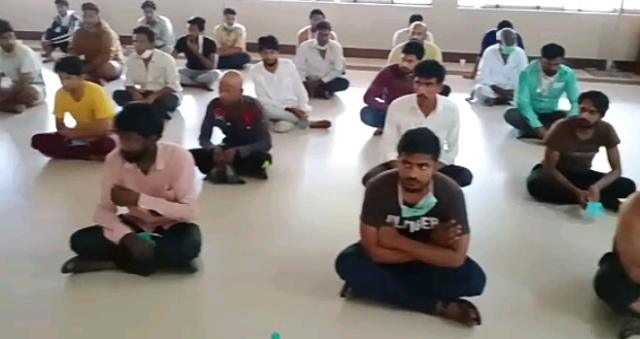 Speaking to the media after Chief Minister BS Yeddyurappa’s visit, the DCM said, “We will quarantine the 19 prisoners and staff of the Ramanagara jail. We will shift the 5 positive cases to a hospital, and the rest will be sent to Haj Bhavan,” he said.

Responding to the allegations of Congress and JDS leaders, the DCM said, “We had taken precautionary measures  before sending the accused to Ramanagara jail.” He added, “KPCC president DK Shivakumar should advise the government and not work on finding a stone in curd (mossari nalli kallu hudka baradu). The public should not be provoked for any reason — they have cooperated with us so far.”

The accused who are infected have been  shifted to Victoria Hospital, and the Ramanagara jail premises have been sealed.

In the wake of this development, the Bengaluru police are worried. All the accused had been arrested  after a detailed check of every street in Padarayanapura ward. The police had arrested 135 persons in a three-night operation.