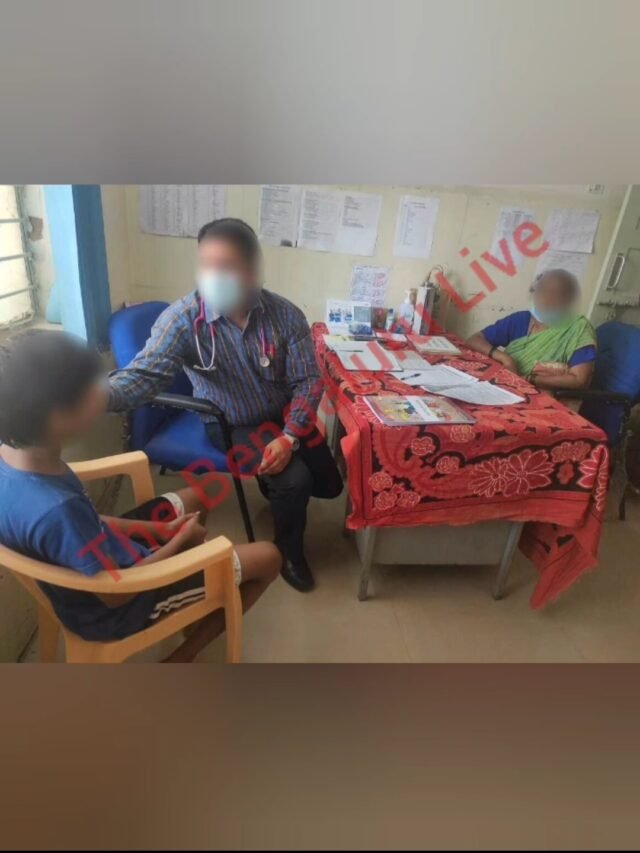 Amid the other gloom-and-doom stories related to the deadly coronavirus, here’s a case that should make the authorities take serious notice of cases of adverse events following vaccination, especially among juveniles.

Two months ago, on April 8, a teenaged boy, who studies in a private school in Srinagar of South Bengaluru, took his first shot of the Corbevax vaccine in the school premises. Following now-confirmed reports that he had suffered an epilepsy attack after the jab.

What is mystifying, though, is that till TheBengaluruLive got on to the case, both the civic agency and the Karnataka Health Department had hidden the incident from media houses. While the Health Department has now, without elaborating, confirmed the incident to TheBengaluruLive, BBMP Chief Comissionner Tushar Giri Nath has described it as “an old case”.

As per highly-placed sources, the boy was given a Corbevax jab, and the same night at around 11 pm developed fatigue and at midnight developed abnormal bodily movements. He was admitted to Vani Vilas Hospital and subsequently discharged with the remark — ‘recovered completely’.

Sources said that the child is a known case of seizure disorder (in medical parlance, ‘seizures secondary to perinatal insult with divergent squint’) and is reportedly a slow learner.

Boy is fit and fine now

To get to the bottom of the incident, TheBengaluruLive visited the school to inquire about the vaccination and the health of the boy, and found that he was fit and fine!

In the boy’s own words, he was not feeling well and was unconscious after the vaccination. “I was unconscious and when I woke up I was lying on a hospital bed. I was in hospital for four days. I had an attack of fits when I was nine months old and I had a second attack at the age of 11 years,” he told TBL. He is yet to take his second dose of the vaccine.

“There was a request for compensation, for which there is no provision as per guidelines. But the matter was placed on file,” a source said.

Meanwhile, an official in the Health Department said the parents should have updated the school management about the ‘seizure disorder’ history of the child.

When questioned, school principal Neeshant Suryawanshi claimed no such incident had taken place. In fact, he was surprised when TheBengaluruLive informed him of the incident. He said the school was not conducting vaccination for any child without the consent and presence of the parents concerned.

She averred that she had not approached BBMP seeking any financial assistance and that she was not aware of any medical compensation sanctioned by BBMP.