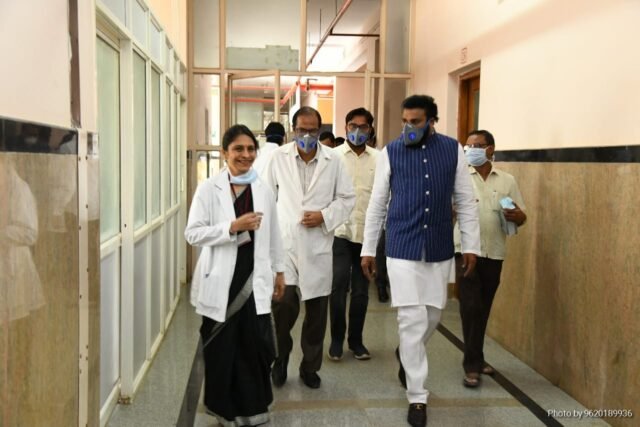 A day after B Sriramulu was shorn of his Health and Family Welfare portfolio by the Chief Minister, political observers are waiting to see whether he resigns his cabinet post or muddies the political waters within the ruling party.

Before looking at his record as Health Minister, it is pertinent to note that Sriramulu was angling for the Deputy Chief Minister’s post ever since the BJP government was formed. But ever since Ramesh Jarkiholli, who belongs to his own community, joined the BJP last year, Sriramulu has been unofficially sidelined.

Sriramulu was under the impression that none else in the party could bring in the votes of the ST community. But the victory of Y Devendrappa, a relative of Ramesh Jarkiholli, in the Ballari Lok Sabha poll in 2019 put a question mark over Sriramulu’s claim to represent the ST community.

Coming to his performance as Health Minister, especially in a time of Covid-19, it was widely perceived that he was not up to the task.

According to Health Department sources, the Minister was provided with all the necessary medical and technical information on Covid management, at the state, national and international level. Moreover, it was expected that he would study and emulate the work done by neighbouring Kerala in Covid management. But it was quite clear, even to common citizens, that he did not have either the training or the aptitude to succeed in the allotted task.

Earlier, Sriramulu had left the BJP to start his own party and had contested from 150 constituencies in the 2013 assembly elections. The people of Karnataka realized just how deep his popularity was when he won just four seats in that election and took only 2 to 7 per cent of the popular vote. He then merged his party with the BJP and struggled to rebuild his political future.

Now, Sriramulu may change tactics and put pressure on the government after being divested of his portfolio. But he may be barking up the wrong tree, as the government is in a secure position with a majority in the assembly.