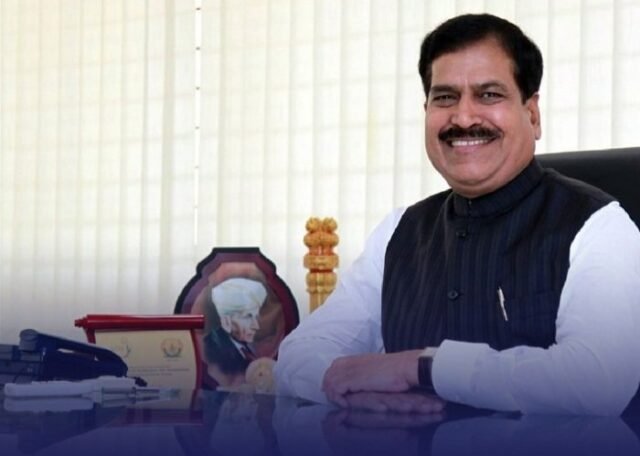 He was admitted to AIIMS on September 11, was on ventilator for last 3 days

As MoS for Railways, Angadi pushed for pending railway projects in Karnataka

Union Minister of State for Railways Suresh Angadi became the first serving Union cabinet minister to succumb to Covid-19. He was admitted to AIIMS in New Delhi on September 11 after testing positive for the coronavirus, and died on Wednesday evening. According to sources, he was on ventilator support in the ICU at AIIMS since the last three days.

Angadi, 65, is the second member of Parliament from Karnataka to die of the deadly virus.

In a tweet condoling the death of his party and cabinet colleague, Prime Minister Narendra Modi said, “Shri Suresh Angadi was an exceptional karyakarta, who worked hard to make the party strong in Karnataka. He was a dedicated MP and effective minister, admired across the spectrum. His demise is saddening. My thoughts are with his family and friends in this sad hour. Om Shanti.”

Shri Suresh Angadi was an exceptional Karyakarta, who worked hard to make the Party strong in Karnataka. He was a dedicated MP and effective Minister, admired across the spectrum. His demise is saddening. My thoughts are with his family and friends in this sad hour. Om Shanti. pic.twitter.com/2QDHQe0Pmj

A four-time MP from Belagavi district in Karnataka, Angadi was elevated as MoS for Railways in Prime Minister Narendra Modi’s cabinet and was very pro-active in pushing for long-pending railway projects for Karnataka and his home district Belagavi.

Angadi’s Parliament colleague, Prabhakar Kore, in a tribute said he was a smiling, happy and caring person. “He was not diabetic, nor did he have blood pressure. I had spoken to him when he was admitted at AIIMS but did not think we would lose him like this,” Kore said.

With his indomitable spirit, he carried out public service with humility and perseverance. My thoughts and prayers are with his family and the loved ones.

May his soul rest in peace. May God give his family and well-wishers the strength to bear this pain.
2/2

He was a good administrator, seasoned Parliamentarian and blessed with a warm and affable personality. My heartfelt condolences to his family and supporters. Om Shanti!

Extremely saddened by the passing away of Central Minister Shri Suresh Angadi Ji. He was a remarkable leader who dedicated all his life for organisation and went on to serve society with utmost diligence and compassion.
My thoughts and Prayers are with his family and followers.

Hard to believe that Minister Suresh Angadi is no more. Painstaking at work, amiable and sincere, he was a valued colleague who shall be greatly missed. pic.twitter.com/HtZcxBNbhN

Saddened by the unfortunate demise of Minister of State for Railways Shri. Suresh Angadi. He was always concerned about the development of our State.

My condolences to his family members and well-wishers. pic.twitter.com/TyHqredBIJ

Deeply saddened to hear about the sudden demise of Union Minister of State, MP from Karnataka, Shri. Suresh Angadi due to Covid-19.

Heartfelt condolences to his bereaved family and friends in this time of grief. pic.twitter.com/1fpH65oHg8