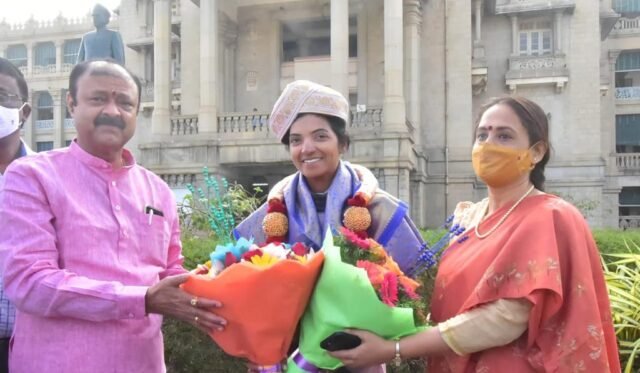 She is aiming at Guinness record with 6,000-km pan-India run

The Karnataka government on Tuesday felicitated Sufiya Khan, an ultrathoner from Rajasthan, who is on a ‘Run for Hope-Humanity-Oneness-Peace-Equality’ from Kashmir to Kanyakumari.

Minister for Youth Empowerment and Sports Narayana Gowda felicitated her in the presence of the Department’s Additional Chief Secretary Shalini Rajneesh and Commissioner Srinivas.

Sufiya is attempting a Guinness record with a mind-boggling run of 135 days, during which she will cover a distance of 6,000 km at an average of 50 km per day.

The Minister had high praise for Sufia, who started her run from New Delhi on December 16 and reached Bengaluru on Tuesday.