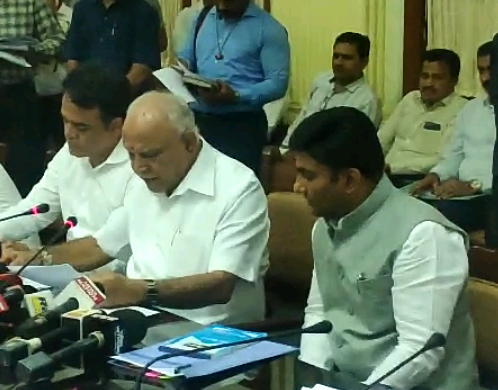 Strictures extended from 9 to all 30 districts

Karnataka Chief Minister BS Yediyurappa in a late-night announcement on Monday extended the nine-district lockdown to all 30 districts of the state.

The announcement came on the heels of his discussions during the day with private hospital managements who had urged him to lock down the entire state.

Thebengalurulive had on Monday afternoon anticipated the decision with a story titled ‘All Karnataka faces lockdown’, after private hospital managements had made a request to do so to the state government.

In a tweet at 9:37 pm, Yediyurappa announced an extension of the lockdown to other districts, apart from the 9 districts specified by Medical Education Minister Dr K Sudhakar in the assembly on Monday.

The tweet from the CM’s official account @CMofKarnataka reads: “After assessing the situation of #covid-19, we have decided to lock down not just 9 districts but the whole state of Karnataka, starting tomorrow till March 31st. I request all citizens to co-operate and please stay indoors.”