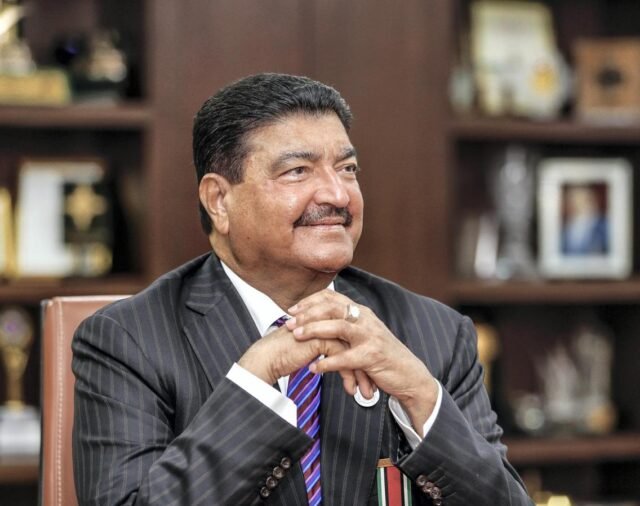 Udupi-born and UAE-based billionaire businessman BR Shetty has claimed innocence in the alleged financial impropriety at NMC Health, the company he founded, stating that he is doing his “own legal and forensic investigations”.

His companies, NMC (a UK-listed firm) and Finablr, allegedly borrowed to the tune of $6.6 billion, including $360 million via convertible bonds and $400 million through Shariah-compliant Sukuk bonds.

The following is the statement from Dr B.R. Shetty:

“Out of respect for due process and to allow the various UK and UAE authorities and investigations, including my own, to quickly expedite their mandates, I have refrained, to date, from making any extensive public statements.

“This restraint in speaking out has come at great personal cost to me both reputationally and materially. However, given my own legal and forensic investigations are now starting to produce some initial findings, and in consideration of some misleading and inaccurate allegations and claims made against me, now is the right time to do so.

“For the sake of clarity, I ceased having a day-to-day executive role in NMC Health PLC (‘NMC’) in 2017 and since then I have been a joint non-executive chairman and shareholder of NMC. I stepped down from the board of NMC on February 16th, 2020. The series of events since December 2019 have shocked me as much as anyone else, including the alleged fraud and misconduct at NMC, as well as the existence and extent of undisclosed company debts.

“The preliminary findings provided by my advisors from my own investigations indicate that serious fraud and wrongdoing appears to have taken place at NMC, Finablr PLC (‘Finablr’), as well as within some of my private companies, and against me personally. This fraud also appears to have been undertaken by a small group of current and former executives at these companies. Some of these preliminary findings include, but are not limited to:

• The fraudulent creation and operating of bank accounts in my name including many fraudulent transfers that I neither authorised, consented to, or had any knowledge of.

• The fraudulent creation of loans, personal guarantees, cheques and bank transfers in my name, and using my forged signature, that I neither authorised, consented to, or had any knowledge of.

• The creation and set-up of companies in my name that I neither authorised, consented to, or had any knowledge of, and that were seemingly created with the express intention to commit or conceal fraud.

• The creation and provision to me of false and misleading financial statements and information regarding the performance of some of my private companies and investments by members of my own management team.

• The payments of expenses using my private companies and personal bank accounts, I believe to hide the true financials of the public companies.

“My advisors and I have therefore shared information and evidence from our findings with all relevant boards, as well as with relevant law enforcement and regulatory authorities. We will continue to proactively share this information as this work continues and in order to assist these parties with their own investigations and inquiries.

“I remain fully committed to working with both companies and all relevant authorities in the UAE and UK to ensure that all stakeholders are provided with as full and comprehensive an understanding of the entire situation as I can, as well as all the facts as I know them, as quickly as possible.

“I am vigorously pursuing, all legal actions and remedies available to me against those who have committed fraud against my businesses and myself.

“The businesses my family and I have started in the UAE, and elsewhere, over the last 45 years were established on the fundamental principles of hard work, determination, decency, integrity and trust. This great country has provided a hugely supportive environment in which to establish and grow our businesses and it has bestowed countless blessings on my family and I. In return, we had hoped to provide some benefit and service to its citizens and residents.

“To see everything that my family and I have strived to build over the past 45 years eroded over the course of a few short months, and mainly due to the misconduct and wrongdoing of people I put so much trust in, saddens me beyond words. It has also left my entire family in a perilous financial position.

“My greatest regret is for the thousands of hardworking employees in the companies we established who are now enduring extreme uncertainty and hardship, especially during the current public health crisis. It also pains we to see the damage caused to my business partners, shareholders and other stakeholders who we have worked with for so long.

“I intend to work tirelessly to clear my name and assist any authorities in getting to the truth and help them ensure that misappropriated or missing funds are returned by the perpetrators to their rightful owners.”

Lavelle Road to get (belatedly) ‘smart’ by April