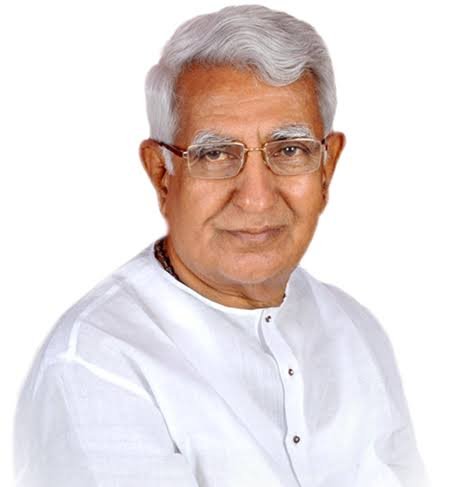 He was 85 and is survived by his wife and son Shivakumar Udasi, who is a BJP MP from Haveri-Gadag constituency.

The last rites of the MLA are likely to be performed on Wednesday at Hangal, the assembly constituency in Haveri district he represented.

Udasi, who entered the assembly in 1983 as an independent from Hangal, has represented the constituency six times.

He retained the seat in 1985 as the Janata Party candidate and won in 1994 on a Janata Dal ticket.

When the Janata Dal split in 1999, he was initially associated with JD(U), but later joined the BJP.

Udasi won 2004 and 2008 elections on a BJP ticket. When B S Yediyurappa floated the KJP after quitting the saffron party, he followed him, but lost the 2013 polls.

He then followed Yediyurappa back to BJP and went on to win the 2018 assembly polls.

Expressing grief over Udasi’s death Chief Minister Yediyurappa said he was a ‘gentleman and a dynamic politician’.

‘The works he undertook as a PWD minister is noteworthy.He was always committed to solving people’s problems and worked tirelessly for the betterment of society.

He also worked earnestly for the development of his Hangal constituency,’ the CM said in his condolence message.

Former Prime Minister H D Deve Gowda in a tweet said he was pained on hearing about Udasi’s death.

City apartment’s Covid cluster rises to 90, including 4 of builder’s family

Actress who’s our kind of corporator!