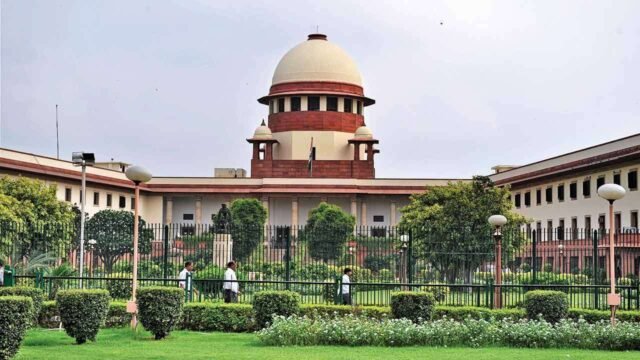 The Supreme Court on Thursday refused to accord an urgent hearing to a PIL that seeks direction from the Centre and states to implement a common dress code for staffers and students in registered educational institutions for securing equality and promoting fraternity and national integration.

A bench headed by Chief Justice N V Ramana was urged by lawyer Ashwini Upadhyay that his PIL be also listed for hearing like the batch of appeals filed against the Karnataka High Court verdict on the hijab row.

On Wednesday, the bench, also comprising justices Krishna Murari and Hima Kohli took note of the submissions of lawyer Prashant Bhushan and agreed to list next week the petitions challenging the Karnataka High Court verdict refusing to lift the ban on hijab in educational institutions of the state.

At the outset, Upadhyay said this is a matter aofthe common dress code.

“We have told you several times. Do not force me to repeat. Every day you file a PIL. How many matters have you filed? As if there is no regular litigation. I do not know, in every case you come and mention. It will come in due course. Wait…,” the bench said.

“Your Lordship agreed to hear the hijab matter yesterday… I filed this PIL in February,” Upadhyay said.

Earlier in February, the PIL was filed by Nikhil Upadhyay through lawyers Ashwini Upadhyay and Ashwani Dubey in the apex court seeking the implementation of a common dress code in educational institutions in the wake of the hijab row.

The plea has also sought a direction to the Centre to set up a judicial commission or an expert panel to suggest steps for inculcating values of “social and economic justice, socialism secularism and democracy and to promote fraternity dignity unity and national integration among the students”.

“Alternatively, being the custodian of the Constitution and protector of fundamental rights, direct the Law Commission of India to prepare a report suggesting steps to secure social equality and to promote fraternity dignity unity, and national integration within three months,” it said.

Besides the Centre, states, and the union territories, the PIL has made the Law Commission a party and sought a direction to respondent authorities “to strictly implement a common dress code for staff and students in all the registered and recognized educational institutions to secure equality of status and social equality and to promote fraternity dignity unity national integration”.

It referred to certain protests held in the national capital on February 10 against the hijab curbs in Karnataka.

“Educational institutions are secular public places and are meant to impart knowledge and wisdom employment, good health and contribute to nation building, not to follow essential and non-essential religious practices,” the PIL said.

“It is very essential to introduce a common dress code in all schools-colleges to preserve the secular character of educational institutions, otherwise tomorrow Naga Sadhus may take admission in colleges and attend the class without clothes citing essential religious practice,” it said.

The common dress code is not only necessary to maintain uniformity but also to instill a sense of camaraderie among students from different castes, creed, faith, religion, culture, and place, the plea said.

It referred to the dress code in countries like the US, the UK, France, Singapore, and China and said, “according to a survey, around 2,50,000 guns were brought into schools and colleges in 2018. So, having a common dress code that requires a student’s beltline exposed reduces the fear of a concealed weapon.” The hijab controversy started towards the end of December when a few women students wearing hijabs were denied entry into a government pre-university college in Karnataka’s Udupi. As a counter, some Hindu students turned up wearing saffron scarves.

The row spread to other educational institutions in the state, and the protests took a violent turn in some places. PTI

Proposed Karnataka anti-conversion bill: up to 10 years imprisonment and a max Rs one...