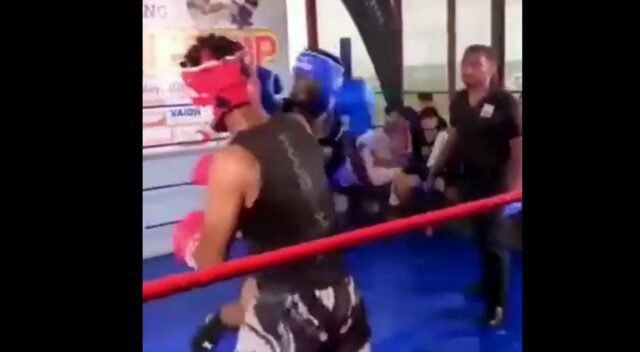 A kickboxer from Mysuru who went into coma after suffering grievous injury at a kickboxing event in the city on July 10 has died in a private hospital, police said.

A FIR has been registered at the Jnanabharathi police station in this connection.

According to police, the state-level ‘K1 Kickboxing championship’ was organised at a gym at Jnanajyothi Nagar in the city on July 10 by the Kengeri-based K-1 Kick Boxing Organisation, Karnataka.

During the event, Nikhil S, 23, suffered a blow from his opponent and collapsed inside the ring.

He was immediately rushed to a private hospital where he remained in coma for two days and succumbed to his injuries on July 12.

A kickboxer from Mysore Nikhil died just after a hard punch of the opponent in Karnatak.

The FIR was registered against K1 Kickboxing Association and its head coach Naveen Ravishankar on a complaint by Nikhil’s father Suresh P, who is also said to be a former kickboxer.

Suresh said in his complaint that there were many lapses committed by the organisers due to which his son died.

He alleged that the thickness of the cushion was insufficient due to which after falling on the floor, he suffered severe head injury, which led to his death.

There were no paramedical team, oxygen cylinders, stretcher and no vehicles to ferry the injured to the hospital.

”There were no arrangements either for first aid, or ambulance. He was taken to the hospital in the most unscientific way. Due to their carelessness, my son died in Manipal Hospital at Manipal Hospital in Yashwantpur,” he alleged. PTI

India vs Australia match: Crime Branch arrests one from Bengaluru for cricket betting

Will opening up make things worse?

Karnataka ITIs to get 6 cutting-edge courses