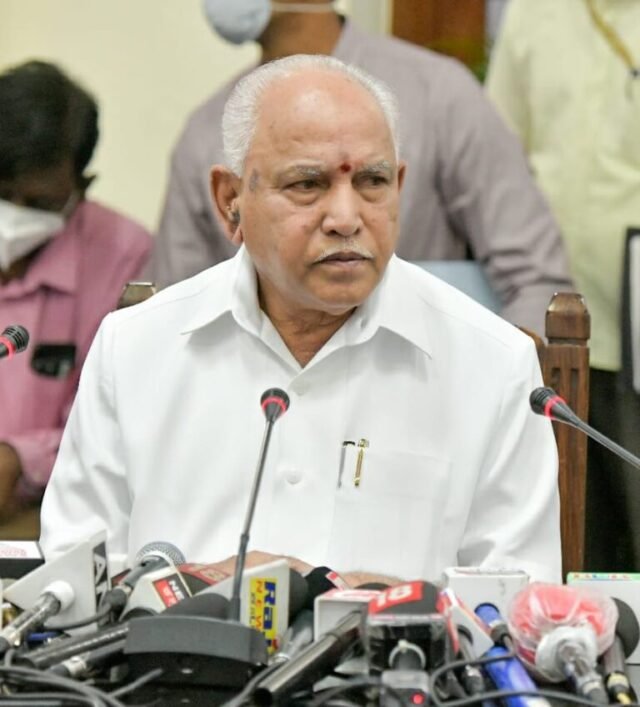 On flip side, apex court refuses to stay HC order restoring criminal complaint against BSY and others in corruption case

The Supreme Court on Wednesday offered some words of comfort to Karnataka Chief Minister B S Yediyurappa and former industries minister Murugesh Nirani, both of whom faced the possibility – remote as it might seem — of arrest in a case of alleged forgery in withdrawing the grant of a land parcel to the complainant. The apex court set to rest any apprehensions the CM might have had on this score with the observation: “You are a sitting Chief Minister. Who can issue an arrest warrant against you?”

For good measure, the Chief Justice SA Bobde-led bench added, “Moreover, against the Chief Minister, they issue a letter of request and not a warrant.” The SC bench issued a similar stay on any arrest in the separate plea of Nirani.

In his complaint to a lower court, A Alam Pasha – a businesman – had accused the duo of criminal conspiracy and using forged documents to allegedly withdraw a grant of 26 acres for a Rs 600-crore housing project in Devanahalli near Bengaluru. That had been dismissed on the ground that sanction to prosecute the accused had not been obtained.

PTI adds: The top court, however, refused to stay the January 5 order of the Karnataka High Court that had allowed restoration of the criminal complaint against Yediyurappa.

The bench of Chief Justice SA Bobde and Justices AS Bopanna and V Ramasubramanian, which issued notices to the complainants, A Alam Pasha and others, in the case agreed to examine the pleas of Yediyurappa and Nirani challenging the order of the High Court restoring the complaint.

“Issue notice. There shall be stay of arrest in the meantime,” the bench said in its order.

Senior advocate Mukul Rohatgi, appearing for Yediyurappa, said the appeal raises the legal question of whether a court can proceed under the provisions of the Prevention of Corruption Act against a public servant without prior sanction on the ground that he had demitted the office which he had allegedly used for commission of the offence .

Issue of prior sanction

In his appeal, Yediyurappa said, “One of the questions of law that arises in the present Special Leave Petition pertains to whether a court can proceed under the provisions of the Prevention of Corruption Act against a public servant without prior sanction, on the ground that he has allegedly demitted the office which he was alleged to have abused, in view of the amended provisions of section 19 of the PC Act.”

The CM through his counsel said that being aggrieved by the impugned final judgement of January 5, he had filed the appeal as it had “erroneously” allowed the petition filed by Pasha/complainant under section 482 of the CrPC and thereby set aside the well-reasoned order of August 26, 2016, passed by the Special Judge whereby the complaint was dismissed for want of requisite prior sanction.

“However, by virtue of the impugned judgement, the High Court erroneously set aside the order only on the ground that the petitioner had demitted the office which had allegedly been abused by him at the time of commission of offence, and therefore no sanction was necessary to be obtained,” the appeal said.

It said that the same is contrary to the settled law laid down by this court in a catena of judgements as well as the provisions of the amended PC Act.

On January 5, the Karnataka High Court had partly allowed a petition by Pasha and accordingly set aside the August 26, 2016 order of the additional city civil and sessions judge related to three of the four accused, including Yediyurappa, dismissing the complaint against them.

The case under the Indian Penal Code and the Prevention of Corruption Act related to alleged criminal conspiracy and forgery of documents purported to have been issued by Pasha in 2012 when Yediyurappa was the chief minister in his first term.

They have been accused by the Pasha of committing forgery of documents purported to have been issued by him seeking to withdraw the approval granted for allotment of 26 acres of land at Devanahalli Industrial Area in Bengaluru Rural District.

Initially, the lower court had in 2013 dismissed a complaint filed by him on the ground that sanction to prosecute the accused had not been obtained.

He filed a fresh complaint in 2014 after Yediyurappa demitted office, but it was also dismissed by the lower court on August 26, 2016 on the same ground, though giving liberty to approach the court after getting prior sanction from competent authority.

Pasha had submitted that since the respondents were no longer in office, sanction for their prosecution was not necessary.

The High Court concurred with his submission and ruled that the quashing of the earlier complaint for want of sanction would not act as a bar to maintain the latest complaint filed in 2014 after the respondents demitted office.

The high court, however, upheld the lower court order in respect of Baligar, the third respondent, as the government did not grant sanction to prosecute him.

It directed the complaint to be restored in file and said that the same shall be proceeded with in accordance with law.

Ready to discuss bringing petrol, diesel under GST at next Council meet: FM

Major lapse in security of PM a ‘failure’ of Centre: Cong leader Kharge