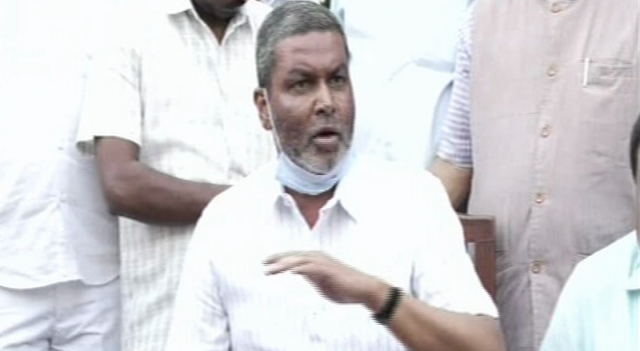 Within hours of social activist Dinesh Kalahalli withdrawing his police complaint against Gokak legislator Ramesh Jarkiholi, his younger brother and BJP legislator Balachandra Jarkiholi claimed that around Rs 15 crore was ‘spent’ for uploading the sex video on various media platforms.

Speaking to the media at ‘Kumar Krupa’ guesthouse, he claimed that a team of people was involved in ‘honey trapping’ politicians and the Ramesh Jarkiholi episode was part of it. He alleged that the video was uploaded from Russia just three hours before Dinesh Kalahalli filed a complaint with the Cubbon Park police station.

Balachandra claimed that the CD was a total fake. “From day one I have been telling you that the CD is fake, and I will request the Bengaluru city police commissioner to send it to the forensic science laboratory. The truth will be known to everyone once the report is received,” he said.

“I have requested my brother (Ramesh) to come out in the open so that we can fight for justice. I have requested him to file a police complaint to know the number of people involved in the CD racket,” he said.

“We have also done some homework. We came to know that the girl in the video was promised Rs 50 lakh cash and a job in Dubai. Two people were working behind the girl and there were more people behind those two. This was a systematic political conspiracy to finish my brother’s political career. To bring out the truth, I am demanding a CBI inquiry into the case,” Balachandra said.

Replying to a query on Kalahalli withdrawing his complaint, Balachandra said, “I have come to know through media reports that he has withdrawn the complaint, but let’s wait to see the procedure followed by the cops.”

He added, “The damage has already been done. It doesn’t mean we are keeping quiet against Dinesh Kalahalli. I feel that even Dinesh Kalahalli was misled and only half of the information was fed to him. I will discuss with our lawyers what action can be taken against Kalahalli.”

No classes for kids till class 5