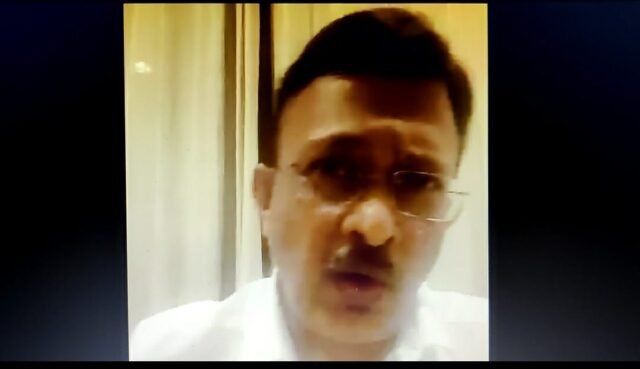 With Bengaluru witnessing moderate-to-heavy and near-continuous showers on Thursday, and with the forecast for the next couple of days no brighter, BBMP Chief Commissioner Gaurav Gupta has put his team on high alert and warned that non-attendance to citizens’ complaints will be viewed seriously.

Also Read: His basement got flooded, but former Karnataka Chief Secretary chips in with relief work

In the 45-minute meeting — which was a kind of review meeting in advance of Chief Minister Basavaraj Bommai’s video conference with all district Deputy Commissioners on Friday afternoon — the BBMP chief tasked even his senior team members with being on their toes to ensure that no tax payer is affected due to the ongoing heavy rains.

“I am told by metrological department officials that the Chennai disturbance is moving towards Bengaluru and other parts of state, resulting in heavy rains. These are tough times and if seniors are not seen in the field, they cannot expect their juniors to be out in the field. The entire team needs to be more vigilant,” Gupta said.

Gupta, who has nearly 31 years of bureaucratic experience, pointed out that the non-cleaning of shoulder drains was the main culprit for city roads getting flooded. “Shoulder drains need to be cleaned and the reason for water stagnating on roads is due to clogged drains. Cleaning of drains needs to be taken up on a war footing wherever engineers are yet to take up this work. Desilting needs to be taken up on priority in low-lying areas as these areas may face more problems if the rains continue,” the Chief Commissioner said.

He directed all the Joint Commissioners to be out in the field and ensure that rain water does not enter any houses. “If at all water entering homes is reported, these have to be attended to on priority to drain out the water,” he instructed.

‘Get feedback from RWAs’

Gupta told his team to get in touch with RWAs, individuals, influential ex-corporators, MLAs and other elected representatives from each ward to get first-hand information on the situation. “You (officials) cannot rely only on your team and the control room, and should instead obtain feedback from RWAs. These are unusually heavy rains and should not lead to any major problems. So far, God has been kind as nothing major has taken place,” he said.

Referring to the role of the media, the civic chief said, “I don’t want any criticism. Everyone will talk, people and media will also talk. During such situations, people need to see you (officials) working. The media are always in touch with officials and they should be taken to areas where BBMP is taking up rain-related work. (BBMP must) have media visibility.”

‘Beware of media focus on roads!’

Gupta also asked his senior team members to focus on the state of the roads and the new potholes which have cropped up due to the ongoing rains. “Ask the engineers to identify potholes. I have said in the past that the services of civic marshalls can be used for identifying potholes in the city. All Joint Commissioners can oversee this work of the marshalls. There can other sources also to collect such information, but road repairs will have to have priority as soon as the rains stop,” he said.

Imparting a sense of urgency to his team, the Chief Commissioner said citizens were complaining continuously that the city’s roads were in bad shape. He pointed out that a key focus of the media, after the rains stop, would be on the pitiable condition of Bengaluru roads.

All BBMP wards to have ‘Jana Aushadi’ centres